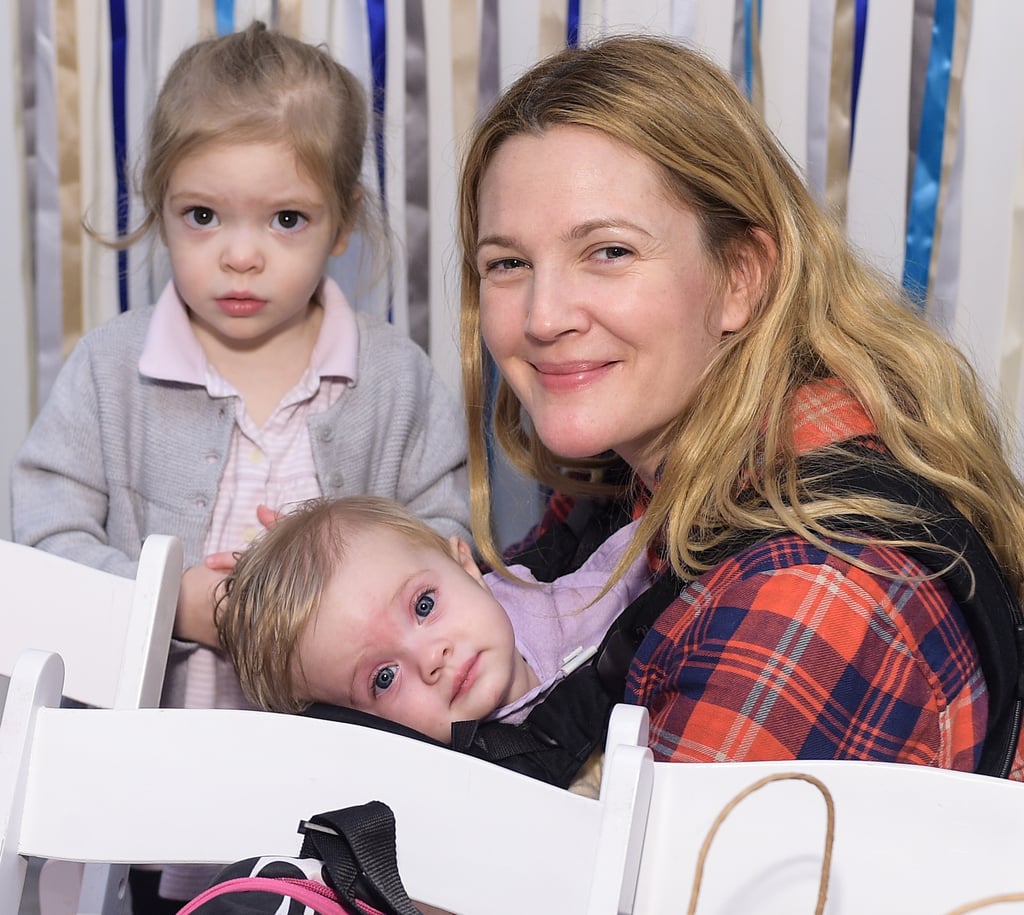 Drew Barrymore's Daughters Are Starting to Look Just Like Her!

Talk about adorable mini-mes! On Saturday, Drew Barrymore treated her daughters to an afternoon of festive fun in LA. The trio brought on the cute moments at Jessica Alba's Baby2Baby charity event, posing for snaps with Santa Claus and getting creative at the arts and crafts table. Drew couldn't help but beam with pride while creating new memories with her daughters, Olive and Frankie Kopelman, who bear a striking resemblance to their famous mum. With big eyes and a sweet gaze, Olive, 2, already looks like little Drew in the movie that made her a childhood star, 1982's E.T. the Extra-Terrestrial. The actress also linked up with Jessica, her Never Been Kissed co-star, who had the support of her husband Cash Warren and their daughters, Honor and Haven Warren.

This isn't the first time Drew has shown off her picture-perfect family, as she recently shared an adorable Instagram of Olive during a beach day, the type of outing the mother of two wants more of these days. In November, Drew got candid about shifting her focus to her daughters and husband Will Kopelman, telling Today that her plan is to take on fewer roles. "It's hard to be present when you wake up before them and come home after they've gone to bed," she said. "That's just not the way I want to have this journey with my kids at this point in their life." Still, Drew has found time for the spotlight in 2014, taking London Fashion Week by storm and performing a hilarious skit on The Tonight Show Starring Jimmy Fallon. Read on to see Drew and Jessica's holiday pictures, and if you can't get enough of the sweet moments.

Staying Home
Eva Mendes and Ryan Gosling Feel Like They're Running a Hotel Amid COVID-19, and Yep, That Tracks
by Murphy Moroney 6 hours ago