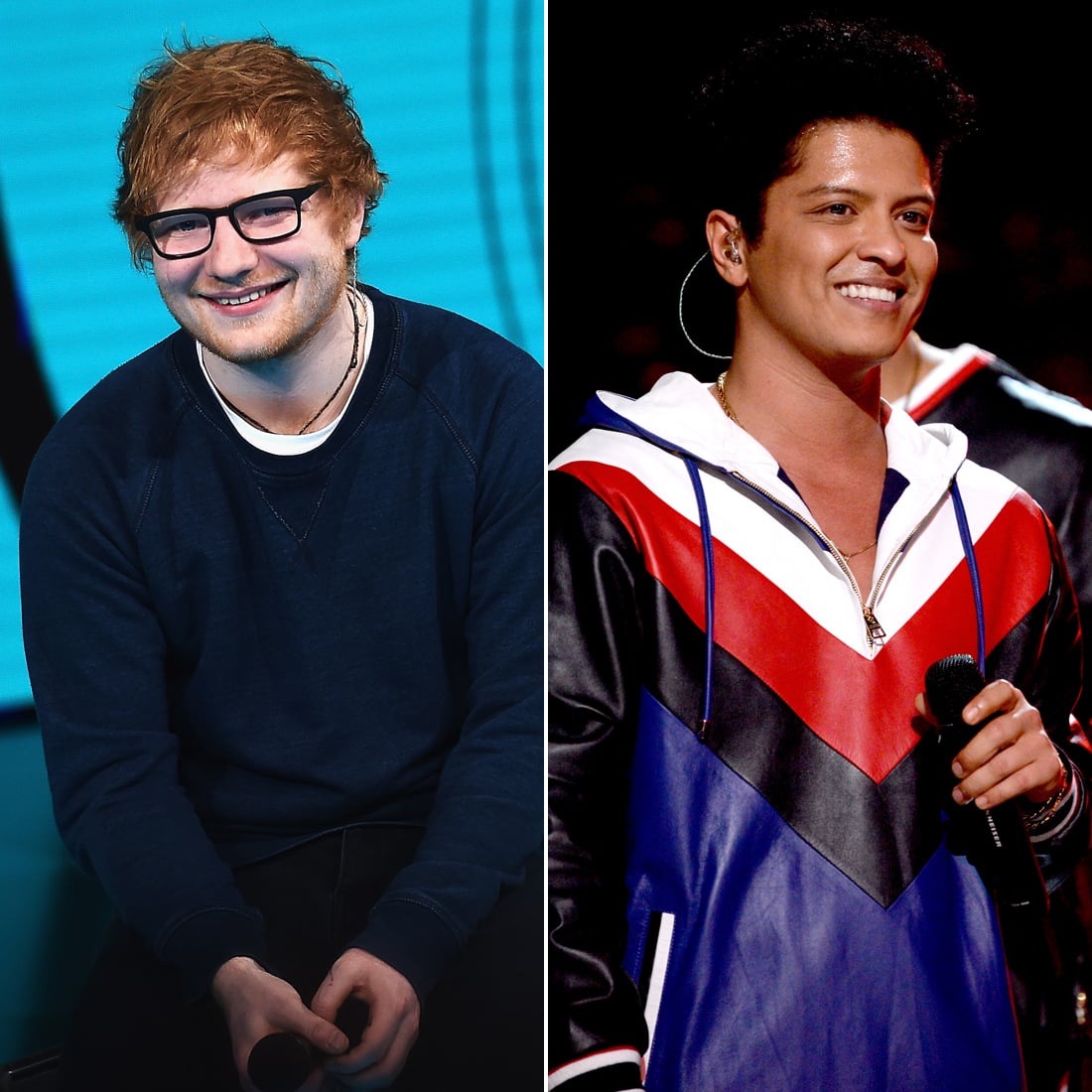 Ed Sheeran's "Shape of You" has had a top spot on our playlists for two months now, as has the Bruno Mars hit "That's What I Like" — so when we found this mashup between the two artists, we hit play faster than you could say "strawberry champagne." While the song combines one of Mars's older bangers, "Locked Out of Heaven," it's still catchy as hell and worth a listen (or 12). So far Mars and Sheeran have hit together just once, back in 2013, when Mars brought Sheeran out as a special guest during one of his tour stops; they sang Sheeran's "The A-Team" and Mars's "Nothin' on You," and of course the crowd went wild. Enjoy this mashup while we cross our fingers for another duet between the two.

Music
Meghan Trainor Featuring Earth, Wind & Fire Is the Collaboration We Didn't Know We Needed
by Grayson Gilcrease 5 days ago