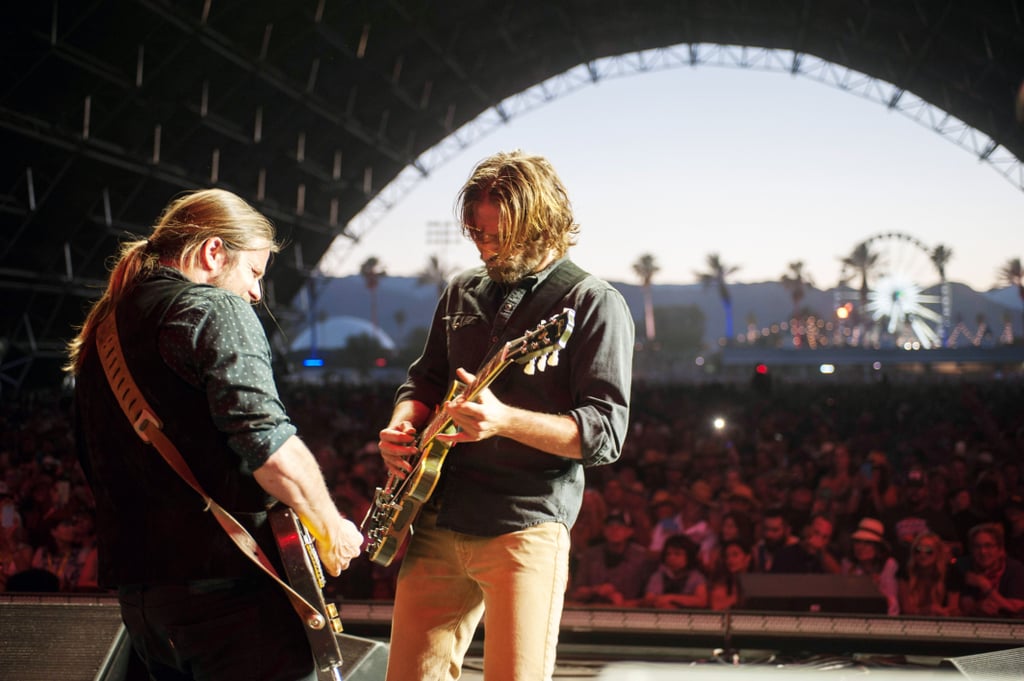 While performing his set at Tempe, AZ's Innings Festival, Eddie Vedder decided to give all the A Star Is Born fans in the crowd a special treat. After telling the audience that the song "is about another guy from here," the rock musician launched into a soulful cover of "Maybe It's Time," which is performed by Bradley Cooper's Jackson Maine in the Oscar-winning film (yes, the actor was really singing).

What makes the onstage moment even cooler is that Cooper has said his character — a grizzled, deep-voiced musician — was partly inspired by the Pearl Jam frontman. According to Cooper, he used Vedder as a resource for insight into what it's really like to be a famous rock star, asking him "9,000 questions" in order to properly flesh out Jackson.

"[Vedder] gave me minor, little things that only musicians know about what to do, just aesthetically and the inner workings," Cooper explained, before revealing Vedder's (hilarious) reaction to Cooper's decision to reboot the film: "He thought it was crazy I was going to do this movie. He was like, 'What? Bro, don't do that.'"

The cover also inspired the awe of songwriter Jason Isbell, who penned the track for A Star Is Born, on Twitter. "Holy sh*t Eddie Vedder sang my Bradley Cooper song in his set tonight. That is by far the strangest sentence I've ever composed but it's certainly a huge honor," he wrote. "I was 12 when 'Ten' came out and by god I learned how to play every song on it."

Listen to Vedder's interpretation of the song ahead!