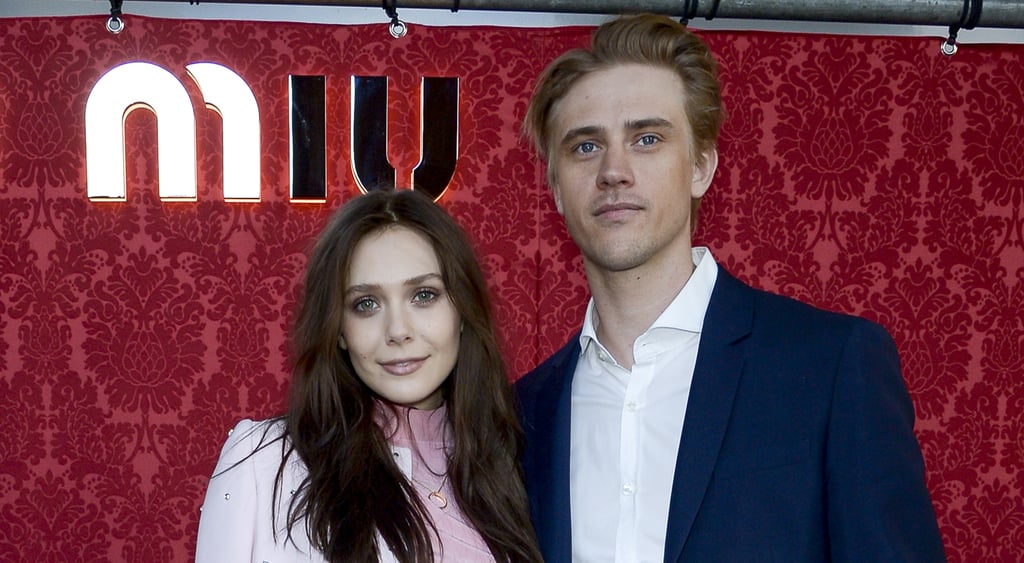 Elizabeth Olsen is reportedly engaged to Boyd Holbrook! A source confirmed to Us Weekly on Wednesday that the pair is taking their nearly two-year relationship to the next level, saying, "They've been by each other for a while, taking a lot of couple time." Elizabeth and Boyd met on the set of their movie Very Good Girls in 2012, and the cute couple was most recently spotted in Paris last week, where they made time to catch the Miu Miu Fall 2014 runway show during Fashion Week (Elizabeth is one of the faces of the brand's Spring campaign along with Elle Fanning and Lupita Nyong'o).

Elizabeth's big news comes just weeks after reports that her older sister Mary-Kate got engaged to French banker Olivier Sarkozy. We got a glimpse of Mary-Kate's enormous diamond engagement ring during Paris Fashion Week, and she and Olivier stepped out in NYC for their first post-engagement appearance earlier this week.