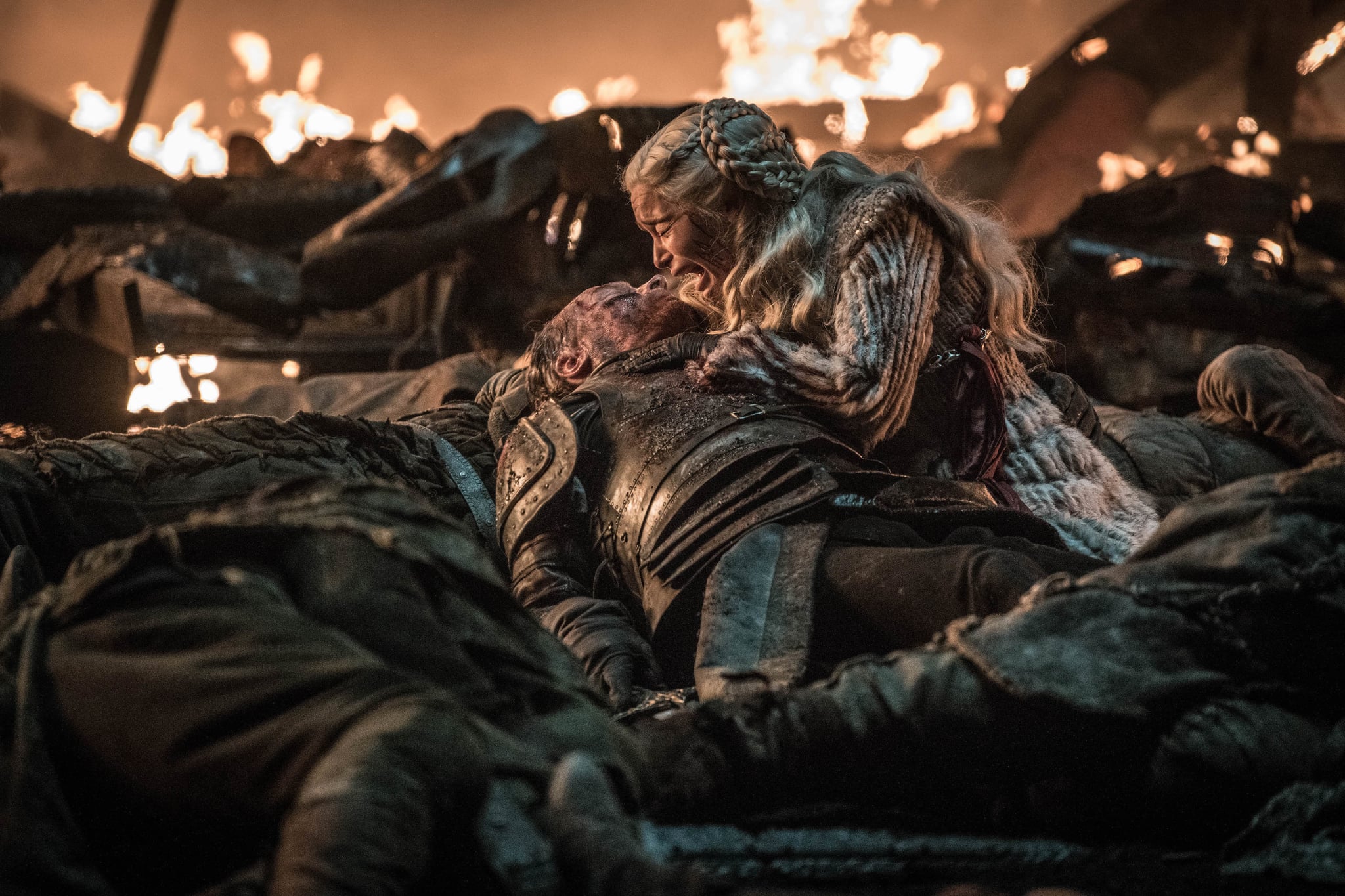 Warning: The following post contains spoilers about the Battle of Winterfell on Game of Thrones. Proceed with caution!

Of all the Game of Thrones characters, Jorah Mormont has certainly had a time. He was disowned by his family and banished twice (once from Westeros and again, years later, by Daenerys after she finds out he was originally sent to spy on her for Robert Baratheon). He nearly dies sailing through Old Valyria with Tyrion, narrowly avoids death in the fighting pits of Mereen, and nearly dies again after contracting greyscale from him and Tyrion's little joy ride (and the treatment he receives from Samwell Tarly doesn't exactly look like a walk in the park either). Then there's the whole unrequited love situation that has tortured him since the first season.

Ser Jorah's struggles finally came to an end, however, in the episode "The Long Night," during the much-anticipated Battle of Winterfell. And it's no surprise that he died protecting Daenerys (remember, he believed he was put on Earth to defend her). Suffering stab wound after stab wound from a ferocious gang of wights, Ser Jorah dies in Dany's arm seconds after Arya Stark stabs the Night King, shattering him and his army into slivers of ice. In an already anxiety-inducing and heart-wrenching episode, this scene is particularly intense and emotional as the two characters try and process their complicated feelings of love and loyalty.

"There had never been a moment where she more needed someone to fight to protect her than this moment," series creator D.B. Weiss said of the scene in an Inside the Episode clip. "If he could have chosen a way to die, this is how he would've chosen to die."

In real life, it appears the actors have an equally as deep friendship — a bond that started from the very beginning. "The first day on set I fell off my horse and cried," Clarke told PEOPLE in a recent interview. "I have the most visceral memory of the first day, it is Iain Glen calming the horse, calming me, and I was like: 'That is my friend for life.'"

A day after Glen's final episode, Clarke took to her Instagram account to say goodbye to the person who she's probably spent the most time with throughout the eight seasons of Game of Thrones. And while their final scene together is sad and heartbreaking, Clarke's tribute is full of her goofy sense of humour and includes lyrics from the Tina Turner song "The Best" to help her find the right words. "YOURE SIMPLY THE BEST, BETTER THAN ALL THE REST, BETTER THAN ANYONE, ANYONE IVE EVER MET......" Clarke writes in the caption, adding the hilarious hashtags #serjorahforlyfe #thronesthrowsapunchandahalf #heartbreakhotel #bestthingiveeverseenonscreenEVER.

It appears that the last season Game of Thrones is not only giving us fans all the feels but the stars as well. After each episode, we're seeing more and more of the GOT cast members heading to their Instagram accounts to say goodbye to their friends, take us behind the scenes of a scene, or, in Sophie Turner's case, troll her fellow cast members. And with Cersei Lannister looming maliciously back in King's Landing, there are sure to be lots more goodbyes and trolling to appear on our IG feeds.

Chris Wood
Melissa Benoist and Chris Wood Welcome Their First Child: "This Little Boy Is Everything"
by Kelsie Gibson 11 hours ago

TV
The Mandalorian: What We Know About That Weird Pedro Pascal Rumour
by Amanda Prahl 7 hours ago