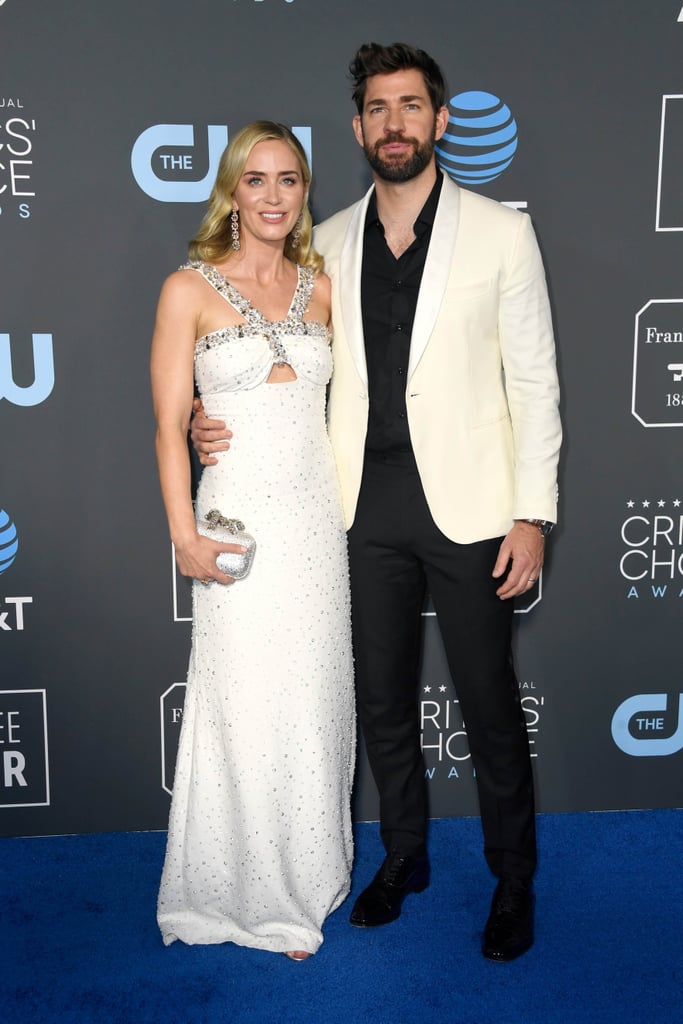 We're not exactly sure what we did to deserve to live on the same planet as Emily Blunt and John Krasinski, but we're grateful nonetheless. Sunday night the Hollywood power duo attended the Critics' Choice Awards — just a week after they appeared at the Golden Globes — reminding us that they're a sight to behold. Emily modelled a gorgeous white gown with silver details while John rocked a white jacket over a black suit.

Emily received two nominations as best actress and best actress in a comedy for her lead role in Mary Poppins Returns. John also received a nomination in the best original screenplay category for his work in A Quiet Place. Not only did John write the thriller, but he also starred alongside Emily. Naturally, their chemistry is just as strong on screen as it is off. And, thankfully, we're getting a sequel.

John also recently opened up about seeing his wife play Mary Poppins on the big screen, admitting that he shed quite a few tears. Emily talked about his sweet response to the film with Us Weekly, telling the publication, "It was wonderful to see him that emotional about it, and I think he himself, amongst other people I've spoken to, have said they don't know why they are so emotional about it."

The award season always brings us some of the best celebrity moments to cherish, and seeing Emily and John together is certainly one of them. View more photos of their blue carpet appearance at the Critics' Choice Awards ahead!