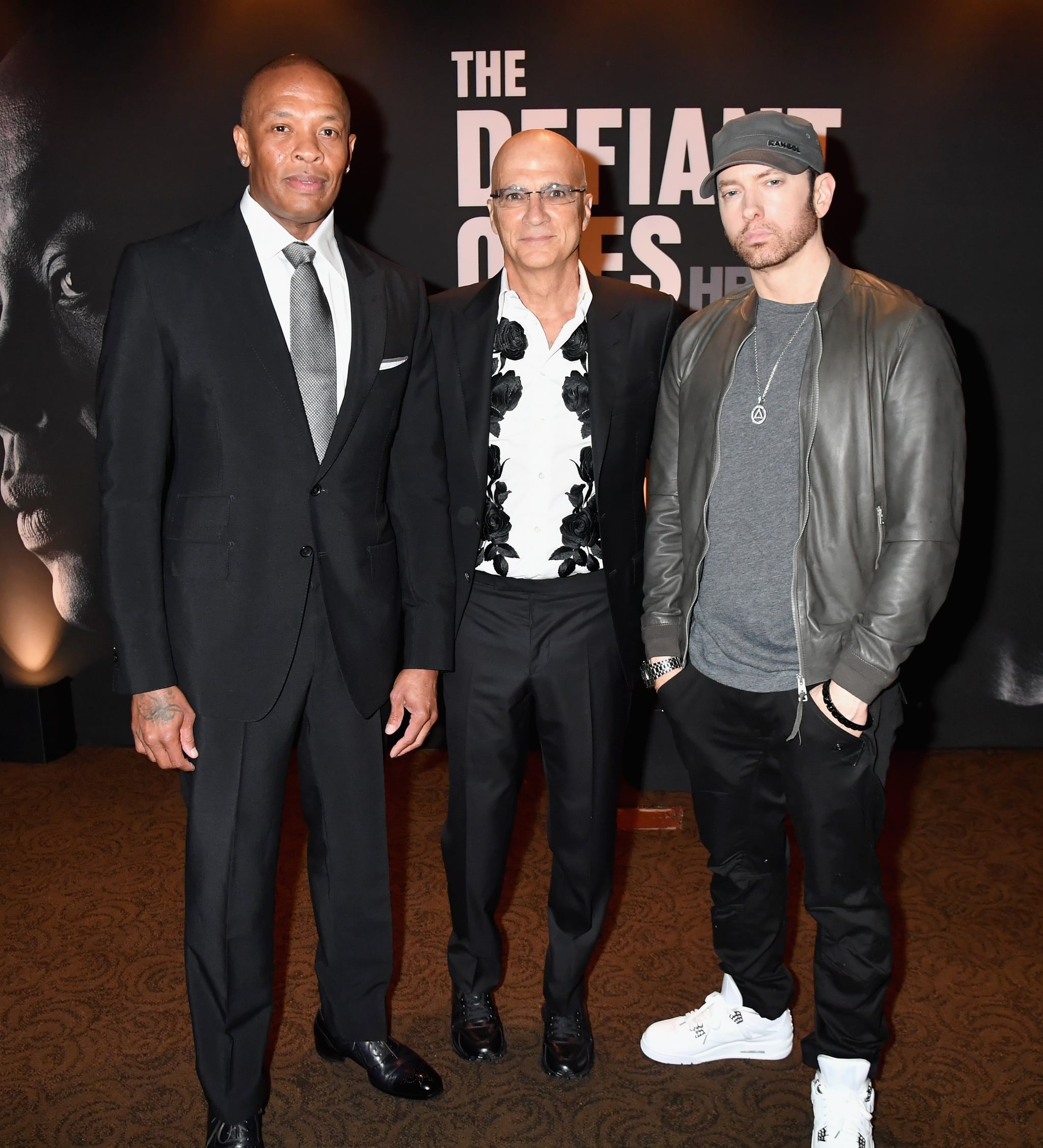 Eminem made a rare appearance at the premiere of HBO's The Defiant Ones on Thursday, where he was joined by longtime collaborator Dr. Dre, record producer Jimmy Iovine, and an unexpected amount of hair on his face. The 44-year-old rapper also shared a photo on Instagram while posing with Dre and Kendrick Lamar, which gave us another look at his new beard.

Eminem's beard has me a lil shocked ngl pic.twitter.com/2fP8BnMzMm

THE NEW EMINEM ERA IS UPON US, HE HAS A DAMN BEARD!!!! OMG OMG IM DYING 😭😭😭😭😭 pic.twitter.com/fUwvxeqkc5

Update: I've decided how I feel about the beard. I'm super into it, and will be sure to update this post with new emotions as they happen.