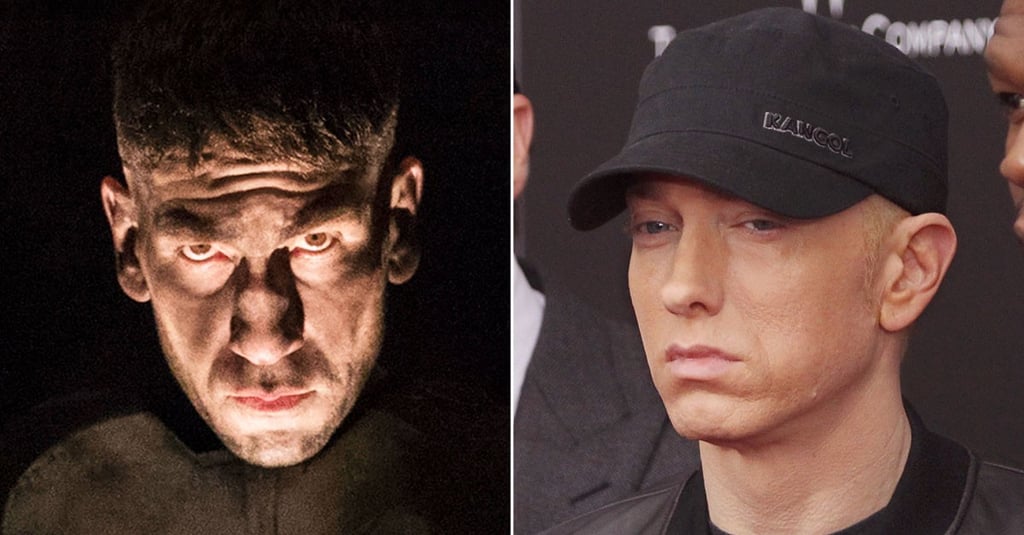 Eminem Has 1 Thing to Say to Netflix About The Punisher's Cancellation: "YOU ARE BLOWING IT"

They say you learn something new every day, and in this case, I just learned that Eminem just might be The Punisher's No. 1 fan.

On Wednesday, the 46-year-old rapper hopped on Twitter to shame Netflix about the streaming platform's recent decision to cancel the gritty Marvel series, which starred The Walking Dead alum Jon Bernthal in the title role. As usual, Em didn't mince words, writing, "DEAR @NETFLIX, REGARDING YOUR CANCELLATION OF THE PUNISHER, YOU ARE BLOWING IT!! SINCERELY, MARSHALL."

The Punisher was the last Marvel TV series that Netflix debuted, joining Jessica Jones, Iron Fist, The Defenders, Luke Cage, and Daredevil. They've all been canceled by Netflix (which didn't come as too much of a surprise, given the critical reception of all the shows' recent seasons), but producer Jeph Loeb has since hinted that the series could live again on Hulu now that Disney is in charge.

While we wait to see if Eminem's influence can revive The Punisher in any way, keep reading to see the rapper's hilarious tweet (as well as everyone's entertaining reactions to it).

Streaming
In the Mood For Something Funny? These 13 Raunchy Comedies Are Sure to Do the Trick
by Corinne Sullivan 3 days ago
Latest Celebrity
×