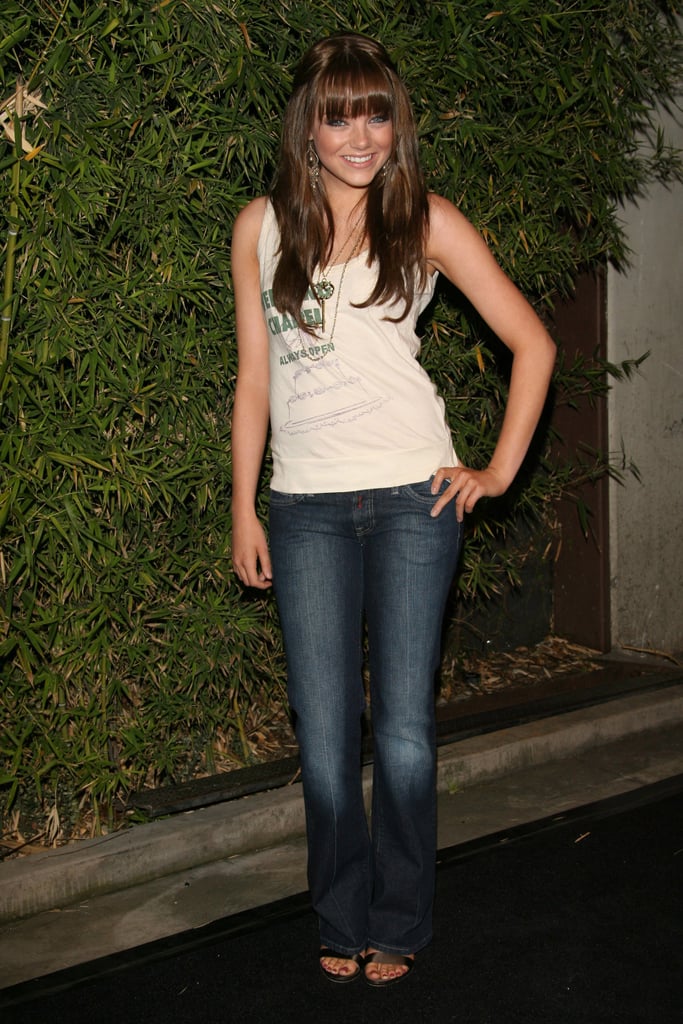 It's strange to imagine a time when Emma Stone wasn't a fixture on Hollywood's biggest red carpets. For several years now, she's been a sure bet for gorgeous red carpet looks and a staple of pretty much every best-dressed list. But Stone looked a little bit different on her very first red carpet, way back in 2006 for the debut of Brandon Davis and Replay's line of designer jeans. The launch party welcomed young stars of the mid-2000s, from the Hilton sisters to Lance Bass to Stone, who at the time was a rising star who hadn't yet broken through to the A-list.

Stone had only been in Hollywood for about two years after convincing her parents to let her move from Arizona to pursue her career. She had guest starred on the NBC drama Medium and the Fox family sitcom Malcolm in the Middle, as well as winning a role on a planned reboot of The Partridge Family through a VH1 reality competition show, In Search of the New Partridge Family. Although Stone won the role of daughter Laurie, the reboot never made it past the pilot stage and fizzled out in development. Stone also auditioned for the role of Claire on Heroes but lost to Hayden Panettiere.

2006 may have been a rough time for Stone, but her luck was about to change. With a breakout role in the 2007 comedy Superbad, Stone finally caught the eye of audiences and Hollywood bigwigs alike and began a friendship with Jonah Hill that would last for years. Soon after, her roles in Zombieland and Easy A launched her to the top of young Hollywood. Today, she's one of the most popular and versatile names in film, with an Oscar win and two nominations to her name (she's up for best supporting actress this year).

Take a look at a few snaps from her first red carpet and get ready to be amazed at how far she's come!