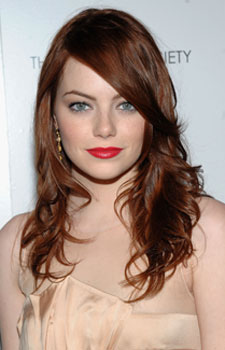 I hope Andrew Garfield is ready to be the face of a franchise, because Sony certainly believes that the upcoming Spider-Man reboot will go beyond one film. The studio is already lining up Emma Stone to play Mary Jane Watson, a love interest for Peter Parker that probably won't materialise until after the first installment. The role of Gwen Stacy, Peter's first love, is still up for grabs, with Glee's Dianna Agron and Aussie Mia Wasikowska among the frontrunners.

I'm excited to see how Stone's Mary Jane will compare with others we've seen before. She's already got the fiery hair (which is a step up from towheaded Kirsten Dunst), but she's usually more of the sassy girl-next-door than damsel in distress. Can you see her in the role—and more important—opposite Andrew Garfield?