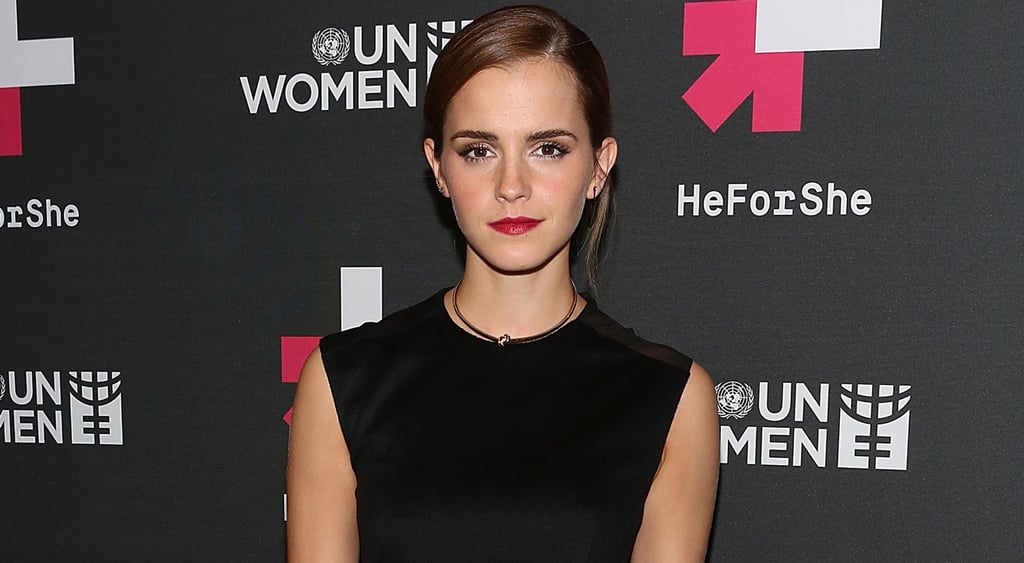 On Oscars Monday, Emma Watson took to Twitter to thank nominee Steve Carell for wearing HeForShe cufflinks in support of the #HeForShe gender equality campaign. The actor wore Monique Péan for HeForShe cufflinks and shirt studs, which were co-designed by Emma and Monique Péan. To thank him, Emma tweeted a picture of a super-sweet note that she wrote for him, which read:

Dear Steve Carell, You were pure genius in Little Miss Sunshine (one of my all time favourite films), my brother became obsessed with you after Anchorman, I wanted to marry you or have you adopt me after Crazy, Stupid, Love, I hated that guy you played in The Way Way Back, and then you were mind-blowing in Foxcatcher. I think you're so awesome and now you are wearing ‪#‎HeForShe‬ cufflinks at the Oscars to support Gender Equality. Couldn't be more proud. THANK YOU. Love, Emma x

Steve replied on Monday, tweeting, "Thanks @EmWatson. An honor to support #HeForShe and gender equality." He isn't the first actor to stand behind Emma and the campaign; days after Emma delivered a powerful speech at the United Nations, Tom Hiddleston showed his support with a selfie, writing to Emma, "You are impeccable and extraordinary. I stand with you. I believe in gender equality." Take a look at some of Emma Watson's best quotes, and then see why she'll be a perfect Disney princess when she stars in Beauty and the Beast.

Celebrity Twitter
Everybody Bow Down to Dionne Warwick, the Newest Queen of Twitter
by Grayson Gilcrease 08/12/20
Latest Celebrity
×