An animated movie about a girl who gets magically shrunk down and embarks on an adventure in the forest sounds like a rollicking good time, but the trailer for Epic is more serious than you may imagine. Amanda Seyfried voices Mary Katherine, the daughter of a scientist, who ventures out into the forest during a storm only to realise that she's been magically miniaturised. Now surrounded by foreign creatures, she meets a sassy slug (Aziz Ansari) and an army of leaf soldiers. Soon, she becomes immersed in an attempt to rescue the forest from destruction at the hands of Mandrake (Christoph Waltz). 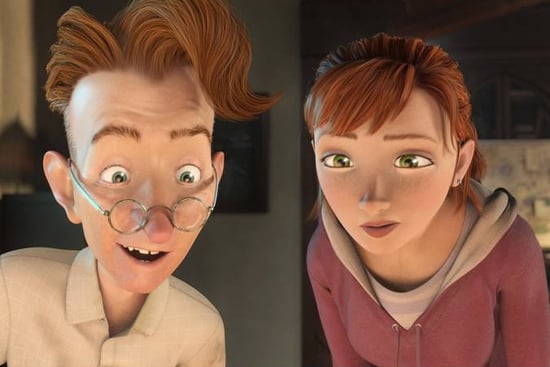 It may be a family film, but putting Snow Patrol in this trailer brings an introspective — dare I say emotional? — vibe to Epic. I laughed out loud at Ansari's line, and I'm looking forward to hearing the many, many voices included on the roster — Josh Hutcherson, Colin Farrell, Jason Sudeikis, Beyoncé Knowles, Steven Tyler and Pitbull are all lending their pipes to the movie. The movie is set for a June 13 release, and you can watch the trailer after the jump.

Movies
Shrouded in Mystery, Antebellum Bungles Its Setup and Miserably Fails Its Twist Ending
by Grayson Gilcrease 5 hours ago