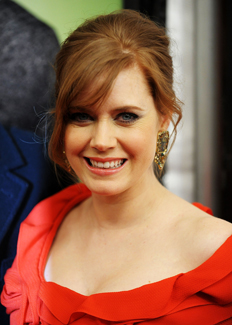 Amy Adams takes a break from Oscar-nominated roles this weekend to star as the female lead in the romantic comedy Leap Year, about a woman who decides to propose to her boyfriend on Leap Day, citing Irish tradition. I had a chance to chat with the actress about the movie, her character and the odd conventions of marriage proposals.

To see what else Adams had to say, including working with the dreamy Matthew Goode, keep reading.