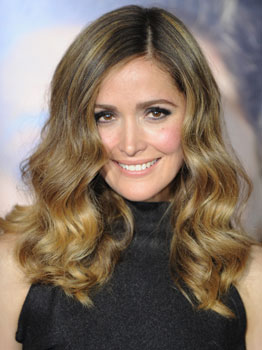 Russell Brand may be the star of the upcoming Get Him to the Greek, but behind every funny man there's a hilarious woman. Aussie Rose Byrne, best known for her role on Damages, plays Brand's rockstar girlfriend and female counterpart. As Jackie Q, she's just as raunchy and ridiculous as Brand's character Aldous Snow—and, you'll be glad to hear, steals plenty of scenes in the film. Our Pop US sistas had the pleasure of talking to Byrne recently about prepping for the role and working alongside the much-buzzed-about Brit comedian. Here are highlights:

To see what Byrne had to say about working with Diddy, read on.

Image Source: Getty
Join the conversation
MoviesRose ByrneGet Him To The GreekPop InterviewInterview
More from POPSUGAR
From Our Partners
Related Posts