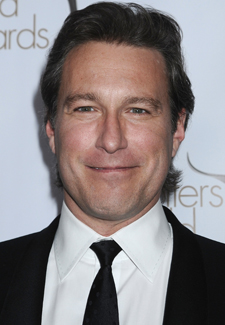 Talking to actor John Corbett on the phone is like talking to Aidan Shaw himself. He's charming, laid back and when I sat down for a chat with him recently, I couldn't help but feel a little smitten. Perhaps I'm officially Team Aidan now?

But Sex and the City 2 isn't the only project on the actor's lineup: John also stars opposite Toni Collette in United States of Tara where he plays another character I love to love, Max. I asked Corbett what we can expect from the show, as well as his thoughts on SATC—the future of Carrie and Aidan, those rumours about a third film and a possible prequel. Also, check out and note his use of the word "pepperoni." Classic.

For more with John Corbett, including if we'll ever see Aidan return, read on.