In She's Out of My League, Jay Baruchel plays a guy who inexplicably starts dating a gorgeous girl who friends have rated a "hard 10." Nate Torrence plays one of his friends, and the two very funny actors recently sat down to talk about the movie, becoming friends on set and the controversial scenes they wish had never made it in the film. 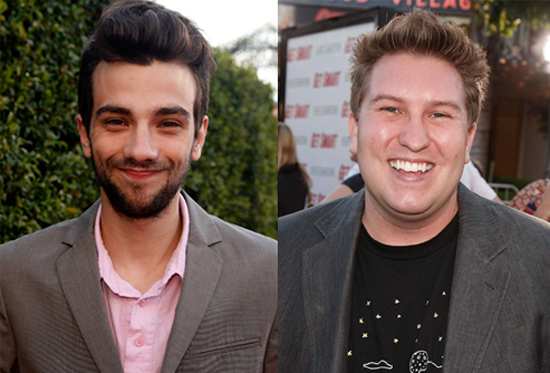 Nate: No, we didn't know each other at all. But that's what's nice, you spend six weeks in a city, you get along pretty well. That's what was cool with this movie—the four guys specifically, TJ [Miller], Mike Vogel, Jay and me. We got to hang out quite a bit and we like each other. What we've been talking about is how that really plays into the movie, that you can kind of tell that we all got along and have the same sense of humour, and that makes for some fun moments. Jay: It's kind of cheesy, but my happiest thing about the movie is that I came away from it with a bunch of best friends. I really enjoy this kid's company like crazy. I have to say I was a bit of a fan of his before the movie. Nate: It's not like I had this long resume . . . Jay: I can do every Capital One character. Nate: And I would do Million Dollar Baby for him.

To read the rest of the interview (warning: hilarity ensues) keep reading.

Image Source: Getty
Join the conversation
MoviesPop InterviewNate TorrenceShe's Out Of My LeagueJay Baruchel
More from POPSUGAR
From Our Partners
Related Posts