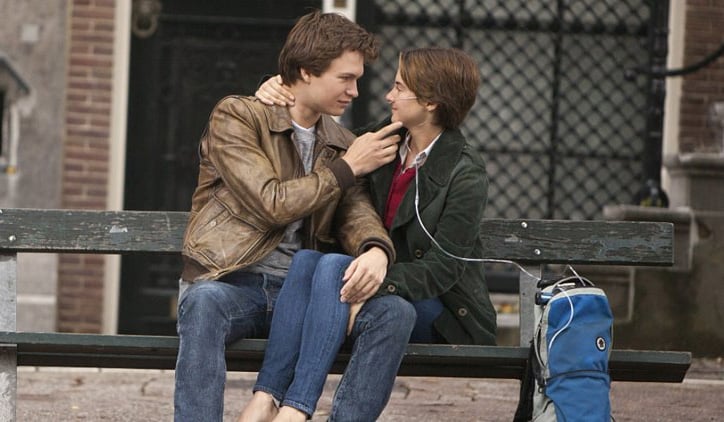 The trailer for The Fault in Our Stars is here, and it's an emotional doozy — in the best way possible. Fans of the bestselling novel by John Green already know the tale; the film follows the beautiful love story of a teenage cancer patient named Hazel Grace (Shailene Woodley) who can't help but fall for the charming Augustus (Ansel Elgort), whom she meets in a support group. I was initially a bit concerned about how Woodley and Elgort would fare as lovers after playing sister and brother in Divergent, but after seeing this trailer, I'm sold on their chemistry. Woodley has already proven her acting chops, but it's Elgort who really makes an impression here, and this could very well be the film that makes him a star. Grab some tissues, mark your calendar for June 5 and watch the trailer after the break.

Movies
Higher, Further, Faster! Captain Marvel 2 Is Officially in the Works
by Mekishana Pierre 18 hours ago

TV
The Notebook, Jerry Maguire, and More Are Heading to Netflix to Ring In the Month of Love
by Mekishana Pierre 21 hours ago

Movies
Get Ready to Blush, Because These Are the 42 Sexiest Movies of All Time
by Corinne Sullivan 2 days ago

Movies
Exclusive: Blake Lively Is a Master of Disguise and Destruction in This Intense Rhythm Section Clip
by Kelsie Gibson 4 days ago