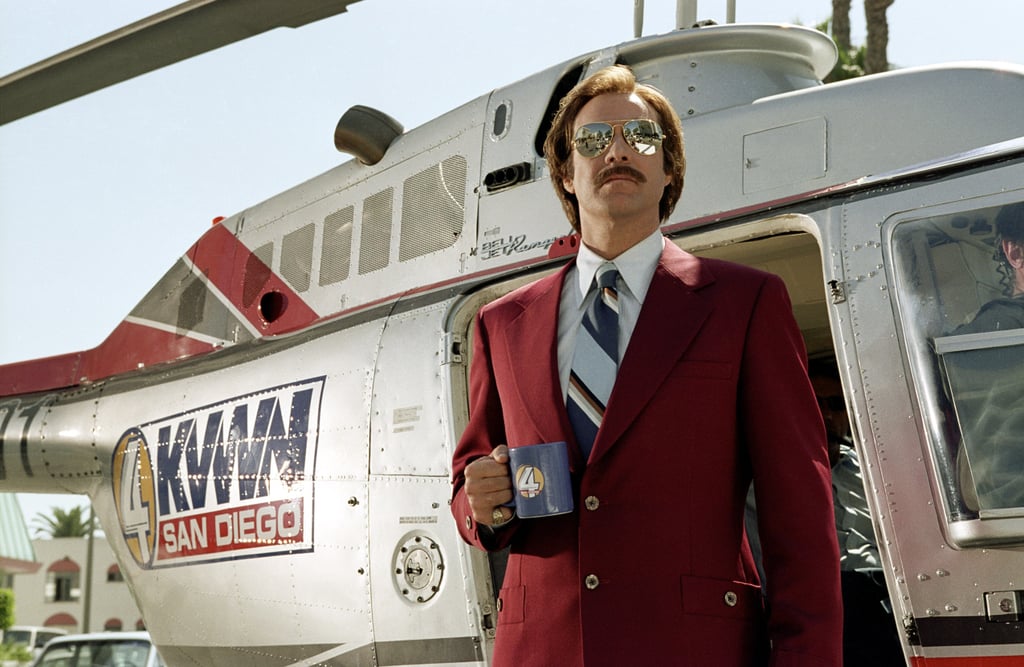 No need to do crunches or sit-ups today, because your daily ab workout is brought to you by none other than the hilarious Will Ferrell. The actor reprised his role as America's favourite mustachioed anchorman and leather-bound-book owner, Ron Burgundy, at a hockey game on Thursday, and his antics will make your midsection hurt from laughing so hard. Will joined announcers Jim Fox and Alex Faust in the broadcast booth as a commentator at the Los Angeles Kings vs. San Jose Sharks match, offering up plenty of one-liners that'll make you LOL. "Put that baby to bed without a nappy!" he exclaimed when a goal was scored. "I've worn the same lucky underwear for every broadcast I've done . . . I had to keep it together with staples and duct tape." Haha!

Later on during the second period, things escalated quickly when Will was given a burrito, which he proceeded to lovingly smooch on the Kiss Cam — a subtle nod to the burrito Ron throws out the car window just seconds before his beloved dog, Baxter, is punted off the side of a bridge. The Anchorman star simultaneously sipped on a glass of milk, which was thankfully cold and not room temperature. Keep reading to relive all the funniest moments from Will's hockey announcing stint, and please, don't act like you're not impressed.

Personality
Calling All Poor, Unfortunate Souls: Find Out What Disney Villain You Are Based on Your Zodiac Sign
by Sydni Ellis 13/10