There's been plenty of buzz about who Universal will cast in the upcoming movie adaptation of Fifty Shades of Grey, especially with Alexander Skarsgård and Ian Somerhalder expressing interest in playing Christian Grey. But let's shift gears a bit and put the spotlight on the female lead, Anastasia Steele. In the books, Christian's love interest is a 21-year-old who's never had sex before, let alone been involved in a S&M relationship. She's the classic insecure beautiful girl who doesn't know she's beautiful (and therefore spends a lot of time talking about how she's not as good-looking as the guy she's seeing). 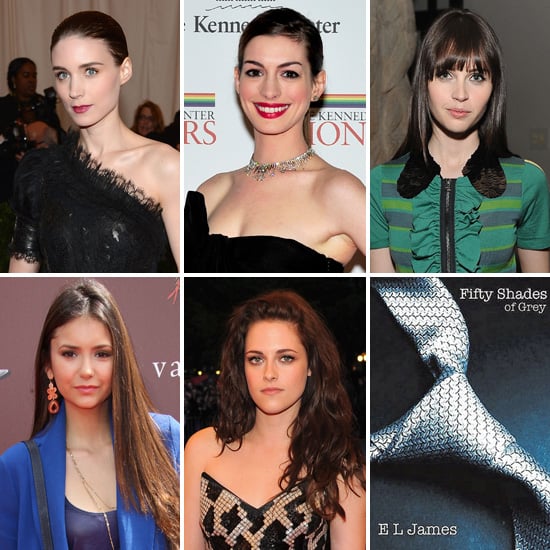 In the office we've thrown around a few names — Kristen Stewart seems like an obvious choice, and not just because Fifty Shades started as a piece of Twilight fan fiction. Other actresses who could work the whole innocent yet sexy and strong-willed vibe (and be a physical match) are Rooney Mara, Anne Hathaway, Felicity Jones and Nina Dobrev. But we're going to put it to you — who have you been envisioning in the role?

Pop Quiz
How Well Do You Remember Superbad? Test Your Knowledge With This Quiz
by Amanda Prahl 6 hours ago