Breaking Dawn Part 2, the epic conclusion of the Twilight saga, doesn't hit cinemas until November 15, but Entertainment Weekly the very first images of Renesmee, Edward and Bella's vampire offspring. The family is featured on the cover of this week's issue and in another image on the magazine's Facebook page. Little Renesmee already looks adorable, clad in boots, grey tights, shorts, and a purple scarf. They grow up so fast! (Seriously, she grows up exceptionally fast due to her half-human, half-vampire heritage.) See the other image of the family after the jump. 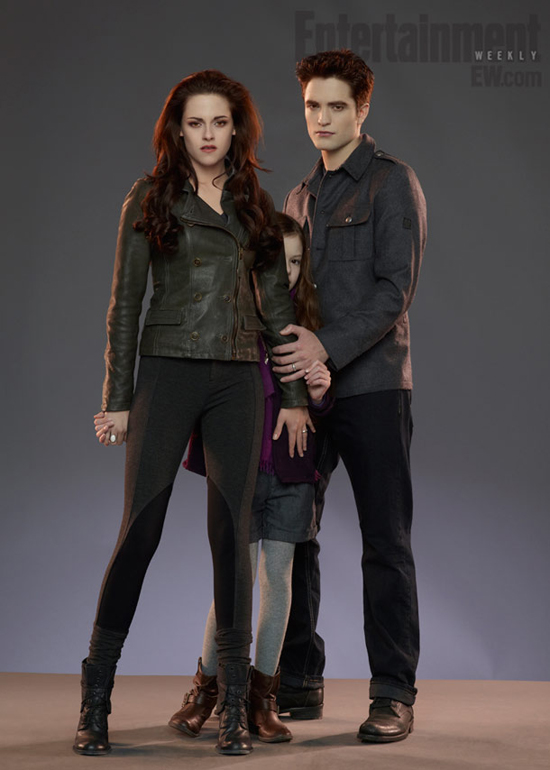 Movies
Enola Holmes: The Young Detective's Mother, Eudoria, Is Part of a Bigger, Historical Story
by Brea Cubit 19 hours ago

Movies
Welcome to 2020, Mr. Banks! The Father of the Bride Cast Reunited For a Surprise Zoom Wedding
by Perri Konecky 20 hours ago

Movies
Misbehaviour: Keira Knightley and Gugu Mbatha-Raw Fight For Equality in This Exclusive Clip
by Kristin Harris 20 hours ago