We thought Angelina Jolie was the perfect choice when we found out she would be playing the titular queen in Disney's Maleficent, and now that the first image has been released, we're even more excited for her turn as the troubled royal. The movie, which tells the untold story of the "evil" queen who cursed baby Aurora (aka Sleeping Beauty), isn't scheduled for release until March 13, 2014, but we're loving Jolie's look, which looks eerily similar to the animated version of the story. 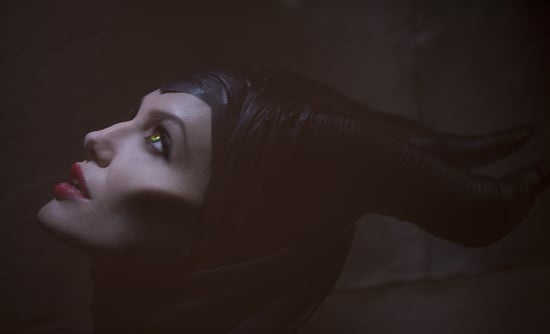