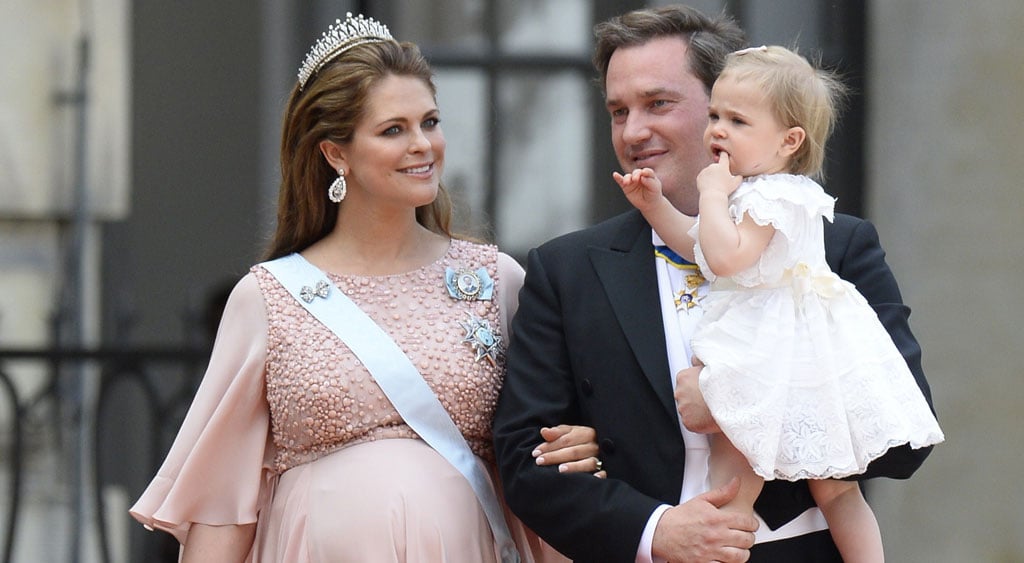 Princess Madeleine of Sweden gave birth to a baby boy on Monday, and now the first photo of the royal family's newest addition has been revealed. Princess Madeleine and her husband, Christopher O'Neill, welcomed their son, HRH Prince Nicolas Paul Gustaf, Duke of Angermanland, just days after Prince Carl Philip and Sofia Hellqvist tied the knot in a romantic ceremony on June 13. And Prince Nicolas, who weighed in at 6.7 pounds and was 19.3 inches long, has a very special name. Nicolas is a name used in the Bernadotte family, and he is also named after his father and grandfather, who both share the name Paul. Gustafis also in honour of the baby's maternal grandfather, King Carl XVI Gustaf.

Christopher, who is also the father of Princess Leonore, Duchess of Gotland, with Madeleine, revealed details of the delivery shortly after Nicolas made his debut. "It went very well," he told the crowd gathered outside the hospital. "I think [Leonore] mistook him for a doll. But it couldn't have gone any better." Congrats to the happy family!