I've got some very exciting news, Gleeks—the show has been picked up for a second season! I mean, hello, as if there was any doubt. Fox President Kevin Reilly said, "We've loved Glee ever since it was a pilot script, so it's been an incredible thrill to watch the show take root and see audiences embrace these characters in such a huge way this season. The show is a true and rare gem in television. We couldn't be more proud of what [creator] Ryan Murphy and the Glee team have created so far, and can't wait to see what they come up with for Season Two." 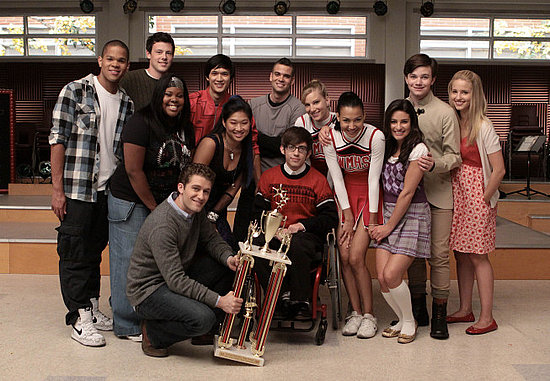 What's even more exciting is that Fox will begin a nationwide search in the US for new members of the glee club starting this February. The new cast members will be introduced in the season premiere. I couldn't be happier that my favourite new comedy (and yours!) already has a secure spot in the lineup next year and I'm even more psyched about new characters—as much as I love Rachel, Finn, and the gang, the show could definitely benefit from some fresh meat.