It's common for TV shows and movies to use stand-ins for certain actors, but the one rule is that the audience should never know that. Well, Friends broke the golden rule, and now the world has been thrown into outrage. Below is a still image from season nine, episode 15: "The One With the Mugging." Joey and Rachel are in the kitchen talking to Monica. 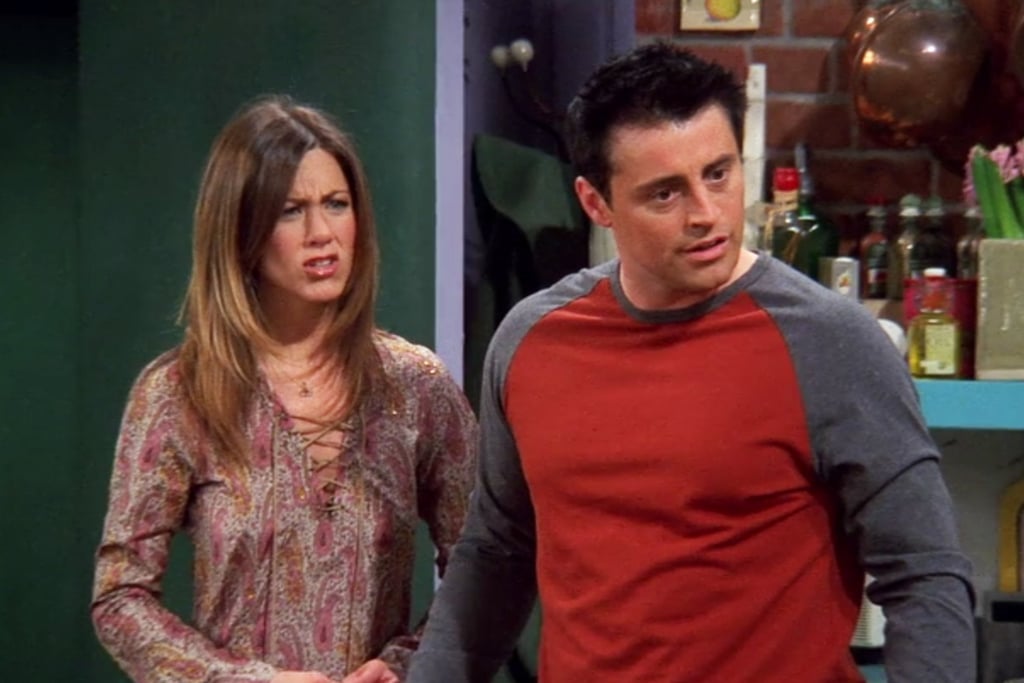 Who is that person? It's certainly not Rachel! The mistake heard round the globe was first pointed out by RecentlyHeard.com, and it's hard to believe no one caught it before then. Sure, maybe the audience didn't notice, but how did editors let this go? In any case, the Internet is in a tizzy, because how many times have you been tricked by a stand-in? Our lives are all lies.