Before the focus shifts to Avatar and The Hurt Locker at the Oscars, some of Hollywood's smaller (but equally wonderful) movies stepped into the spotlight at the Independent Spirit Awards. Precious led the way with five awards, including trophies for Gabourey Sidibe, director Lee Daniels, yet another for Mo'Nique, and the night's biggest—best feature. 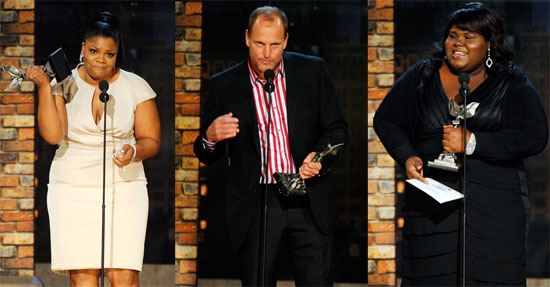 The night marked yet another win for Jeff Bridges and Crazy Heart, while Woody Harrelson took home the award for best supporting actor. I was super psyched to see that some of my favourite movies of the year, like (500) Days of Summer and An Education also got some recognition. Check out all the big winners when you keep reading.

BEST FIRST FEATURE (Award given to the director and producer)

JOHN CASSAVETES AWARD (Given to the best feature made for under $500,000; award given to the writer, director, and producer) Humpday

ROBERT ALTMAN AWARD (Given to one film’s director, casting director, and its ensemble cast) A Serious Man