Twilight scooped three awards at last night's National Movie Awards in London, including performance of the year for Robert Pattinson in New Moon—stay tuned for his acceptance speech! Tom Cruise was given the screen icon award, while the special recognition gong went to Harry Potter. Peter Facinelli, Daniel Radcliffe, Emma Watson and Bonnie Wright all celebrated their wins in the press room, as did presenter Kylie Minogue. 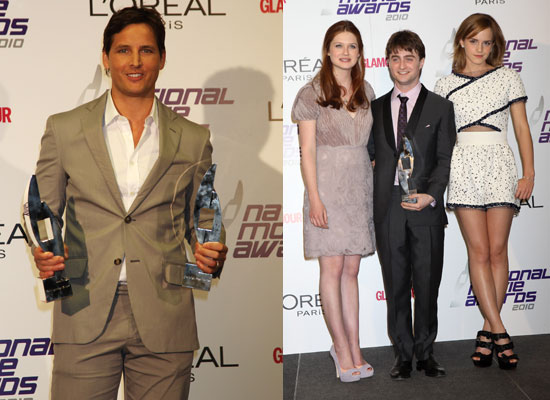 To see the full list of winners, plus pics of the winners room including Kylie Minogue read on.

MOST ANTICIPATED MOVIE OF THE SUMMER
The Twilight Saga: Eclipse