The highly anticipated trailer for The Tourist just hit, featuring the steamy pairing of Angelina Jolie and Johnny Depp. In the film, Jolie plays a spy trying to save her criminal ex-boyfriend from the men who are after him. In order to get them off his scent, she befriends seduces an unassuming tourist (Depp) to make them think he's her said beau. 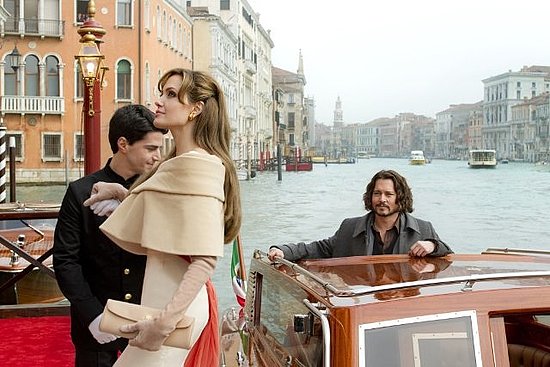 I expected there to be flirtation in the film—and judging by this preview, there certainly is—but I'm also pleasantly surprised to see a nice dose of humour in the mix. Depp may be playing more of a regular Joe, yet he still hasn't lost his quirky flavour. The only thing that is noticeably absent: the supposed kiss between the two hot stars. While Depp's character makes reference to it, they've purposely left it out of the trailer (come on!). Oh well, it's still definitely a movie I'm looking forward to. The film hits later this year, but give it a look when you read on.