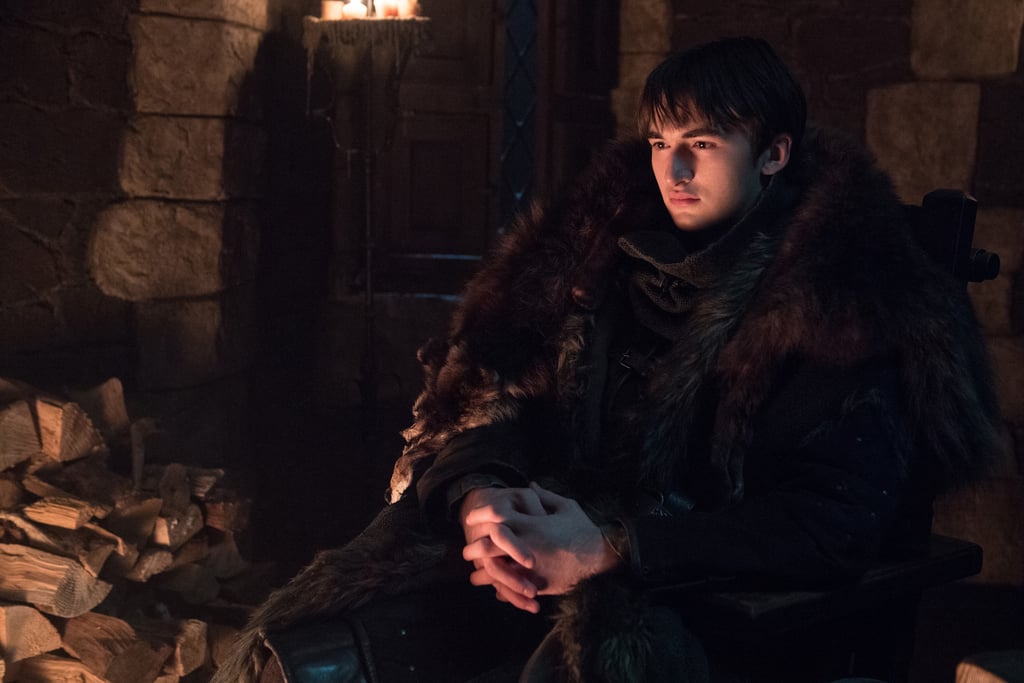 The following post contains spoilers for Game of Thrones.

The season eight premiere of Game of Thrones gives devoted fans a number of reunions we were hoping for. There's the emotional Stark family reunion with an especially sweet moment between Jon and Arya, as well as the flirtatious yet a tad uncomfortable reunion between Arya and Gendry. The last scene in the episode gives us a reunion we had no idea we needed so badly: Brandon Stark laying eyes on Jaime Lannister.

The last time these two characters see each other, Jaime is pushing Bran out of a very high Winterfell window, paralyzing him from the neck down after witnessing Jaime and his twin sister Cersei having sex. The season eight premiere draws many similarities to the season one premiere, particularly the final seconds between Bran and Jaime. "The things I do for love," Jaime tells his sister in the 2011 premiere as he pushes Bran out the window, thinking that he's killed him.

But when Jaime arrives in Winterfell in season eight looking weathered, he whistles a happy tune and takes a sigh of relief until he locks eyes with Bran, who is very much still alive and also the Three-Eyed Raven, NBD.

In the beginning of the episode, Bran shrieks "We don't have time for all this!" regarding all the emotional reunions going on at Winterfell, but when he sees that Jaime is on his way there as well, oh, he had time for his "old friend." Ahead, see how fans are reacting to that jaw-dropping moment between Bran and Jaime, as they come face-to-face for the first time since the series premiere.

Related:
Game of Thrones: What We Can Learn About Season 8 From the New Title Sequence
0
previous images
-9
more images
Previous Next Start Slideshow
Join the conversation
TVTwitter ReactionsGame Of Thrones
More from POPSUGAR
From Our Partners
Related Posts

TV
Get Ready, Because Kai Parker Is Set to Wreak Havoc on Legacies Next Month
by Kelsie Gibson 16 hours ago

TV
The Results Are In: These Are the 42 Sexiest TV Shows of All Time
by Corinne Sullivan 18 hours ago