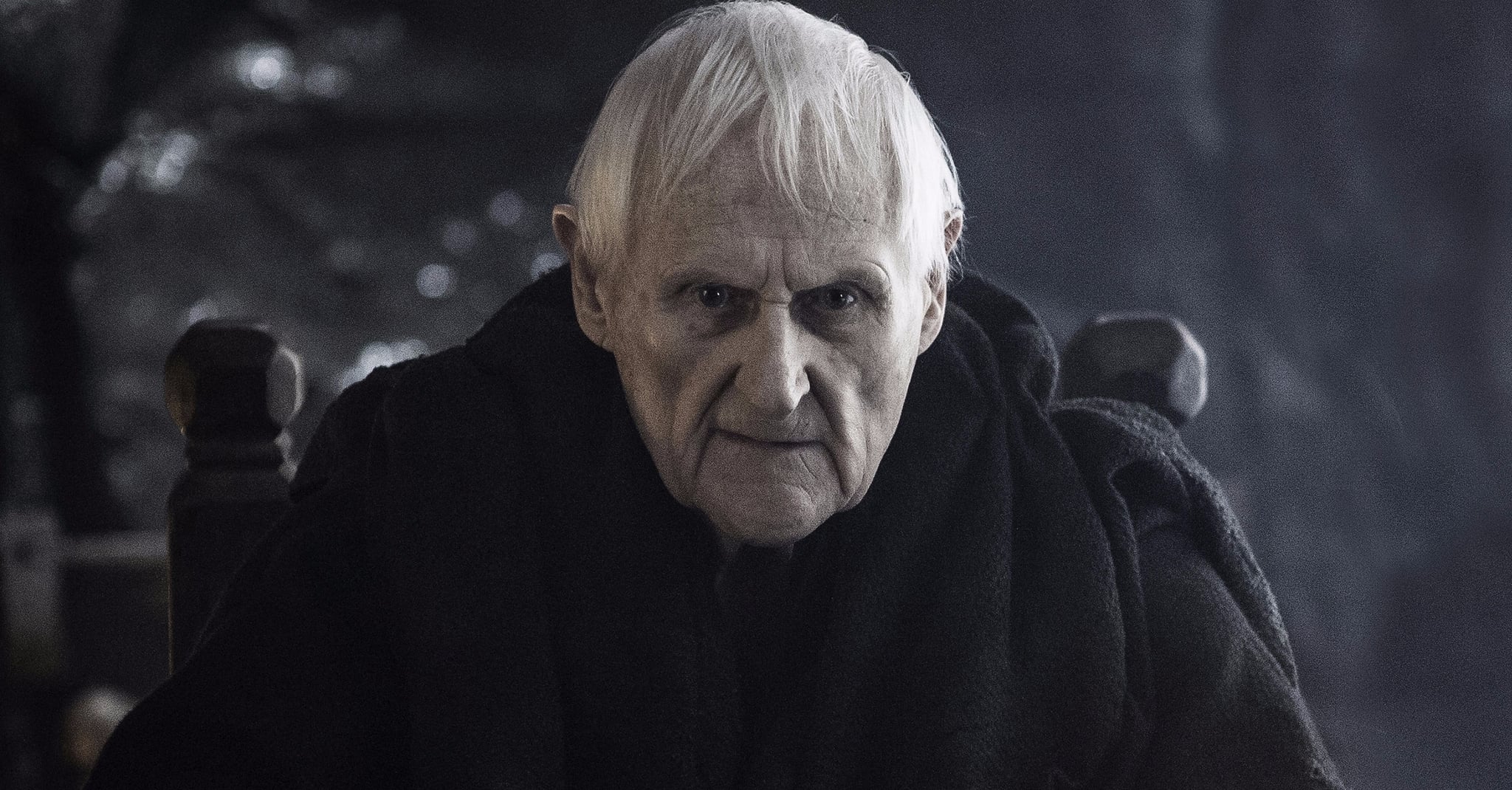 Peter Vaughan has died at age 93. The British actor, who was well-known for his recent role as Maester Aemon Targaryen in Game of Thrones, passed away on Tuesday morning, his agent, Sally Long-Innes, confirmed to BBC News. "This is to confirm that very sadly Peter Vaughan passed away at approximately 10:30 this morning," she said in a statement, adding that he "died peacefully with his family around him." He is survived by his wife, Lillias Walker.

In addition to his role as the maester at Castle Black in the HBO series, Vaughan also starred in a handful of TV shows and movies, including Porridge, Citizen Smith, Chancer, and Heartbeat. He also worked with Frank Sinatra in The Naked Runner in 1967 and Sir Anthony Hopkins in The Remains of the Day in 1993.

TV
Oh, Just 16 of Black-ish's Greatest Guest Stars Over the Years
by Annie Blay 42 minutes ago

TV
If You Love Schitt's Creek, These Rose Apothecary Sweatshirts Belong in Your Closet
by Kalea Martin 7 hours ago