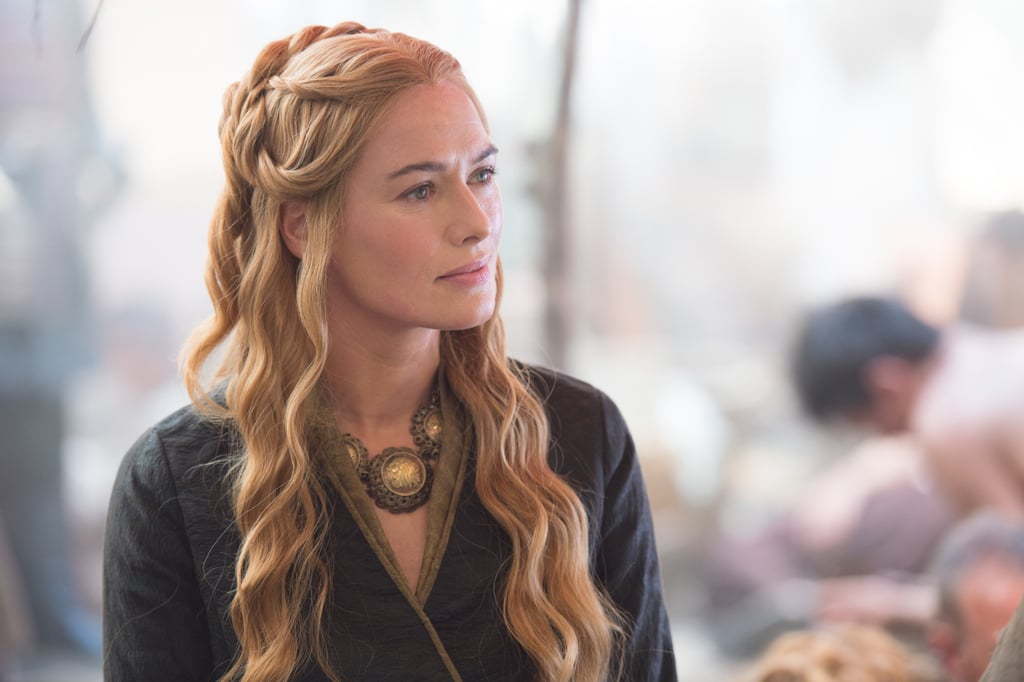 Warning: major Game of Thrones spoilers ahead, so proceed with caution!

The Battle of Winterfell has been won, and it's all thanks to Arya Stark, aka the most badass assassin in all of Westeros, and her supersneaky battle tactics. Before her grand victory taking down the Night King, however, Arya has a moment with Melisandre inside the castle where she's reminded of a prophecy the Red Lady bestowed upon her way back in the third season: "I see a darkness in you, and in that darkness eyes staring back at me. Brown eyes, blue eyes, green eyes. Eyes you'll shut forever. We will meet again."

While Arya is initially confused and a little concerned, she has since killed dozens of people (presumably) with eyes of all colours. But Melisandre's reminder of the prophecy in "The Long Night" gives Arya the motivation she needs to take down the blue-eyed Night King, one of the three sets of eyes she's destined to "shut forever." Some fans have suggested that the brown eyes in the prophecy belonged to Meryn Trant or Walder Frey, two of the names on Arya's kill list whom she has since murdered. But the real mystery lies behind the green eyes, which may or may not belong to one very important woman in Westeros.

Related:
Game of Thrones: Everyone Who Tragically Dies in the Battle of Winterfell

As far as fans of the show are concerned, it's pretty obvious that Melisandre's prophecy is referring to Cersei, who not only has green eyes but also has a death prophecy of her own to fulfil. That said, Daenerys's eyes, though purple in the books, appear a hazel green on the show, which also automatically puts her in danger of being stabbed with the pointy end of Arya's sword.

Melisandre's prophecy aside, Cersei is one of the only people left on Arya's kill list, and while we're pretty sure she's Arya's next target, check out the eye colours of all of our favourite characters (who are still alive) ahead.

Related:
Game of Thrones: What You Missed During Arya's Standoff With the Night King
0
previous images
-19
more images
Previous Next Start Slideshow
Join the conversation
TVTheoriesGame Of Thrones
More from POPSUGAR
From Our Partners
Related Posts

TV
Filthy Rich: A Look at Businessman Les Wexner's Life and His Relationship to Jeffrey Epstein
by Hedy Phillips 3 hours ago

TV
Filthy Rich: A Closer Look at Jeffrey Epstein's Homes Featured in the Documentary
by Hedy Phillips 20 hours ago