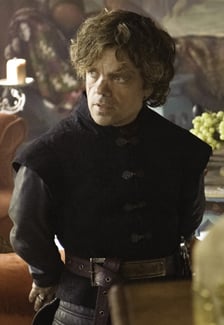 We all knew this was coming: though it just returned this week for a third season, Game of Thrones has already been renewed for season four. HBO announced the pickup after Sunday's US premiere pulled in a record number of viewers (it airs in Australia on Showcase on Mondays and also had a successful debut with local fans). The fourth instalment will be another 10-episode season, and given that the current season is following only half of George R. R. Martin's novel A Storm of Swords, season four will likely cover the second half of the book.

TV
Oh, Just 16 of Black-ish's Greatest Guest Stars Over the Years
by Annie Blay 3 hours ago

TV
If You Love Schitt's Creek, These Rose Apothecary Sweatshirts Belong in Your Closet
by Kalea Martin 10 hours ago