Well, well, well, there's finally a Game of Thrones death that makes us want to celebrate! After losing so many beloved characters, this week, it's Joffrey who chokes — literally. On Joffrey and Margaery's elaborate wedding day, things are uncharacteristically calm, though there's a lot of tension. Joffrey's being predictably lame, denigrating all the entertainment, but then things take a distasteful turn when he trots out his own reception show: a group of little people who reenact the struggle for king, in which "Joffrey" comes out victorious. 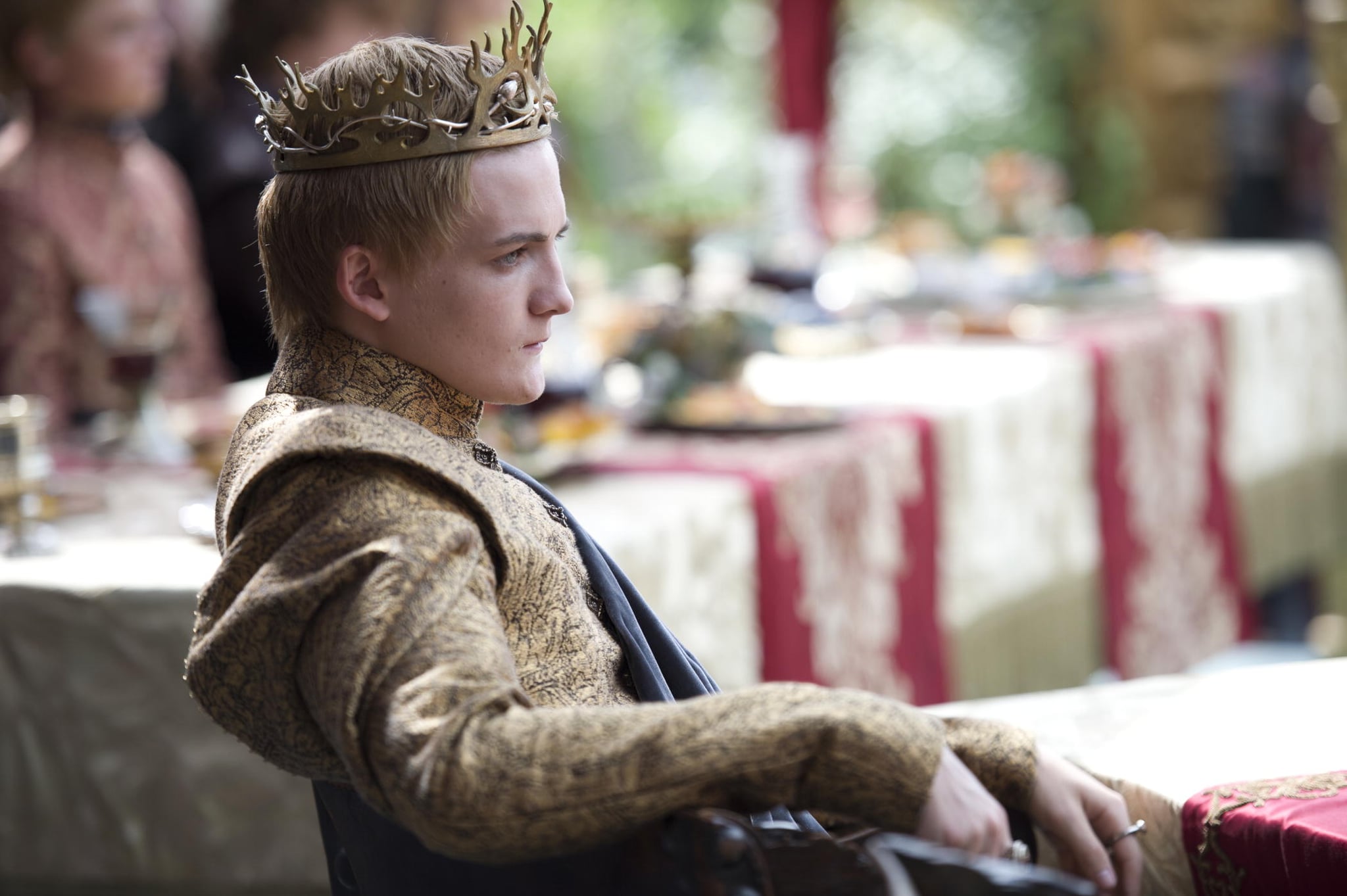 Once he starts in with Tyrion, visibly disgusted by the show and his nephew's behaviour, a neat little series of events unfolds, leading to Joffrey's death. He pours wine on Tyrion's head, then makes him pick up his glass and fill it, and finally, he tries to quench his thirst from his goblet, but finds he can't talk. After choking, sputtering and vomiting, Joffrey dies on his wedding day in his mother's arms. And there you have it: Joffrey's dead. Before we move on to celebration, let's address a few things.

TV
Country Ever After Is Finally Premiering on Netflix, but Will There Be a Second Season?
by Amanda Prahl 13 hours ago

TV
Before the Dr. Death Adaptation, Read Up on the Chilling True Story of Christopher Duntsch
by Stacey Nguyen 9 hours ago

TV
Virgin River: Everything You Need to Remember About How Season 1 Ends
by Hedy Phillips 12 hours ago