Have you always thought that Ryan Gosling would look dapper in a 1940s suit? Well, you've come to the right place. In the trailer for Gangster Squad, Gosling and James Brolin play LAPD cops who are trying to take down a notorious gangster played by Sean Penn. As expected, the lines between good and bad are a little blurred as we see that the cops aren't necessarily sticking to a strict moral code. 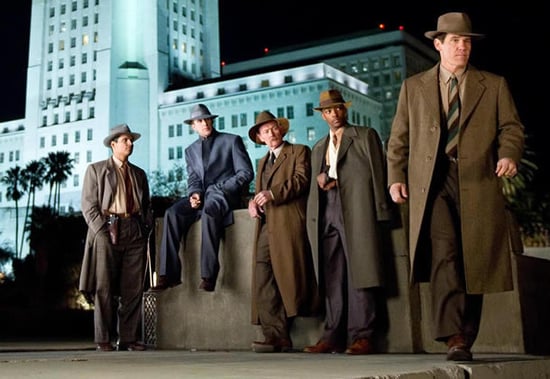 It's fun to see Emma Stone and Ryan Gosling back on the big screen together again — her character appears to be with Penn but definitely shacks up with her Crazy, Stupid, Love co-star. I'm already loving how stylish the film looks, right down to the cast's spot-on gangster accents. The film doesn't hit cinemas until October, but check out the trailer when you keep reading.