George Clooney looked handsome in a navy suit as he arrived for his court appearance in Milan, Italy, earlier today to take the stand against two individuals who illegally used his name to sell men's clothing. George testified for 90 minutes, which the judge joked "lasted as long as a movie." As he left, Clooney stopped to wave to the mob of fans gathered outside to get a glimpse of the actor. 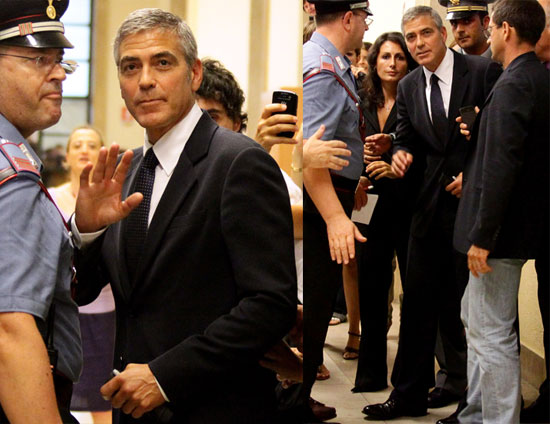 Amal Clooney
George and Amal Clooney Pledge $139,000 For Beirut Relief: We "Hope Others Will Help"
by Monica Sisavat 07/8/20