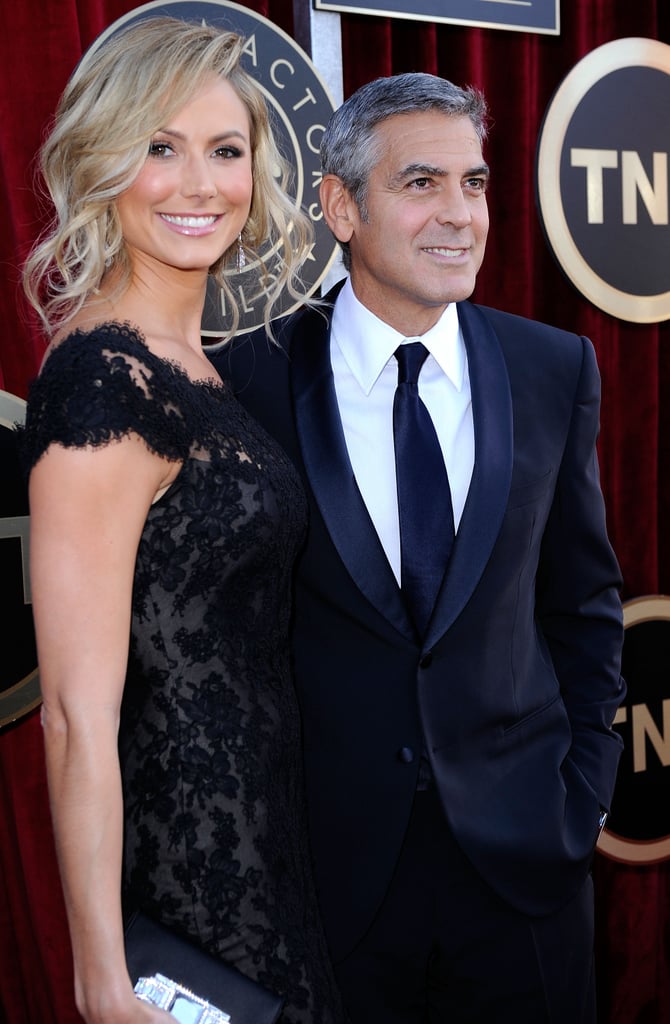 George Clooney and Stacy Keibler were together today on the red carpet at the SAG Awards in LA. She was decked out in a black dress from Marchesa, matching boyfriend George in his black and white tux. Stacy took a night off from awards season craziness on Saturday, when she skipped the Directors Guild of America Awards. George was there to honour his The Descendants director Alexander Payne along with co-star Shailene Woodley. Today could bring more honours to Alexander's movie if George walks away with a best actor statue. They're also in the running for best performance by an ensemble cast.