George Clooney travelled to Sudan with NBC's Ann Curry and the founder of the Enough Project, an anti-genocide advocacy group, last week. His companion, Ann, is also Brad Pitt's go-to for spreading the news about his good deeds. George visited the African region to discuss political issues with tribal elders ahead of an independence vote that many fear will break out in war. It's George's latest stop in the area, after a stay in 2008 and donating $500,000 for aid in Darfur—these acts, combined with his Haiti telethon, helped earn him the Bob Hope Humanitarian award at this year's Emmys. His trip comes after a fun few days of fashion with girlfriend Elisabetta Canalis in Milan. 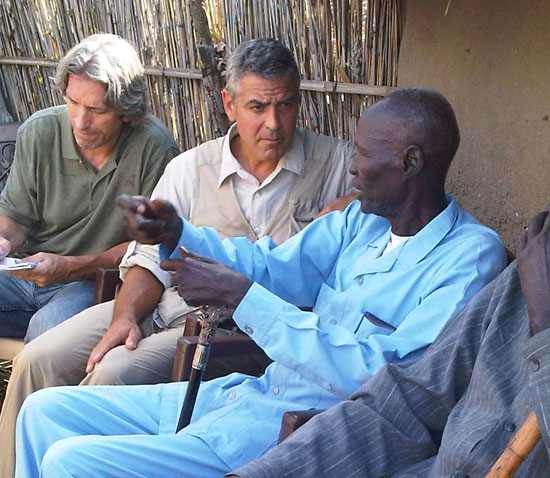 Celebrity News
Michael Jordan "Gives Thanks" by Donating $2.7 Million to Food Banks Ahead of Thanksgiving
by Chanel Vargas 26/11/20