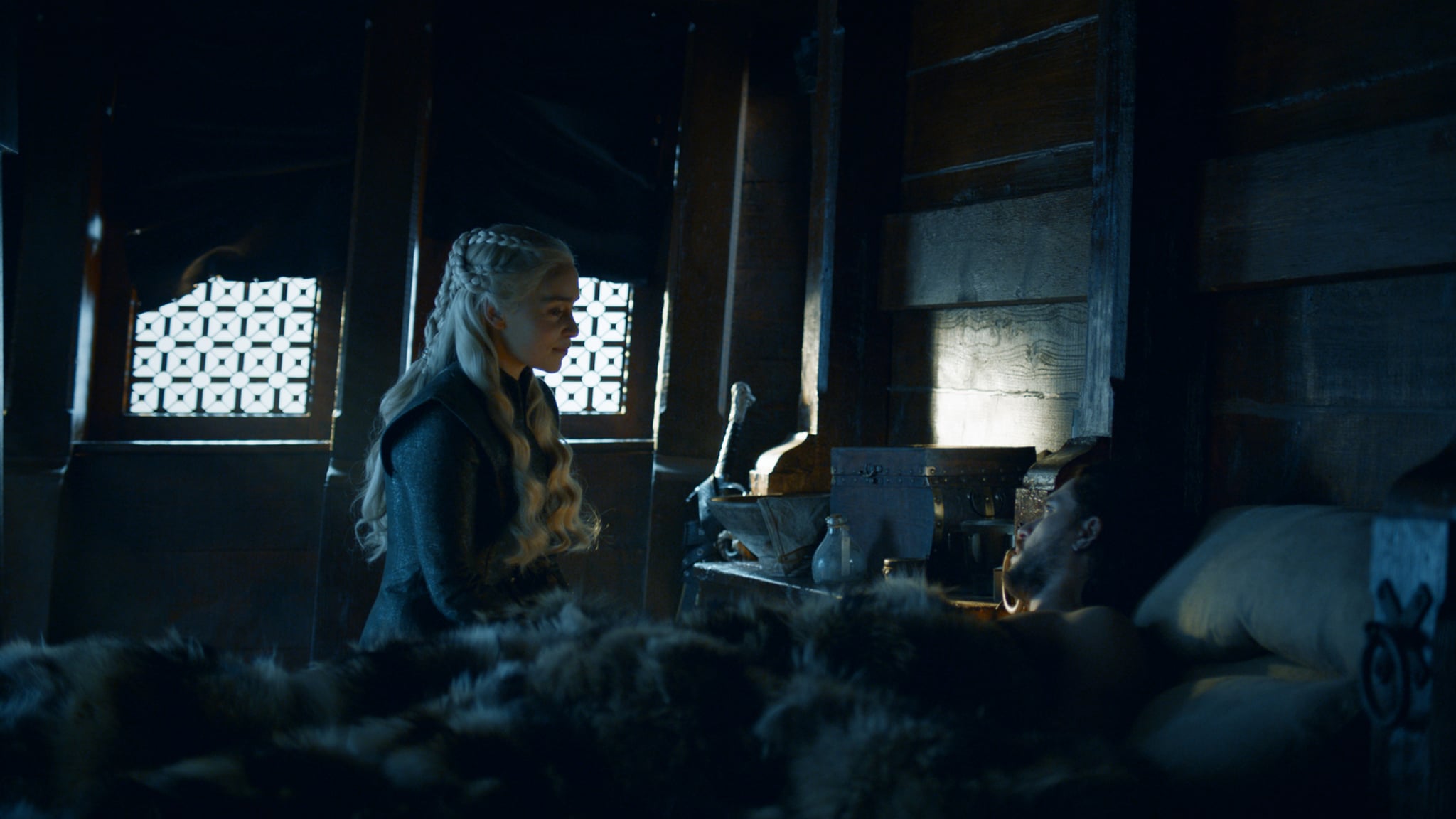 Brace yourselves for this one, Game of Thrones fans: after heavily shipping Daenerys Targaryen and Jon Snow for the past few years, we might've finally stumbled upon the confirmation we need to believe that these two stubborn leaders will get it on. Although it takes them until season seven to finally meet, and it isn't exactly rainbows and butterflies on Dragonstone, a quote from George R. R. Martin in 2014 reminds us that incestuous Targaryen relationships are not only accepted, but they are encouraged.

Reddit user DeeHi recently shared a clip from an interview Martin did two years ago, where he discussed Daenerys's family and their relationships:

"Targaryens were interlopers from another culture, and they had some unique factors that didn't necessarily fit into the mainstream of the other Westerosi Lords, such as their traditional incest, which was part of keeping the bloodlines pure so that they could better control the dragons, brother marrying sister, and nephews and aunts, and so forth."

YES. NEPHEWS AND AUNTS. AS IN JON SNOW AND DAENERYS TARGARYEN. CONFIRMED. CASE CLOSED. SEASON OVER. SERIES OVER. BYE.

Let's go back a few weeks ago, during season's seven's fifth episode, "Eastwatch," when Gilly inadvertently reveals that Jon Snow is not a bastard and that his parents, Rhaegar Targaryen and Lyanna Stark, were actually married before his birth. So, this makes Daenerys Jon's aunt. Jumping off of Martin's point about "controlling the dragons," when Jon meets Drogon during the same episode, their calm interaction is a clear indication that Jon is a Targaryen after all. So, unless Martin was specifically referring to another aunt and nephew Targaryen duo, it only makes sense that he was foreshadowing the potential relationship between Jon and Dany.

While the two have yet to be informed of their familial connection, and more importantly, Jon has not been told the great news that he's not a bastard (ugh, f*cking Samwell), we're anticipating this enlightening information will only make their spark even stronger.

Whether it's Jon initially refusing to bend the knee or Dany calling Jon "too little," it's clear these two are trying hard to deny the fierce sexual tension that's going on between them. Thanks to Martin's quote from a few years ago, we can only hope that this presumably steamy sex scene will go down in the season seven finale. Why else would they have talked about kids so much in episode six?

Playing hard to get is for fools, but it might have worked for the adorable (and incestuous) couple that is Jon Snow Targaryen and Daenerys Targaryen. Here's to hoping they consummate the damn thing and get it on. Have a good time in Bone Town, Targaryens.

TV
Sad News: Pop Has Cancelled One Day at a Time After Its Fourth Season
by Monica Sisavat 2 hours ago