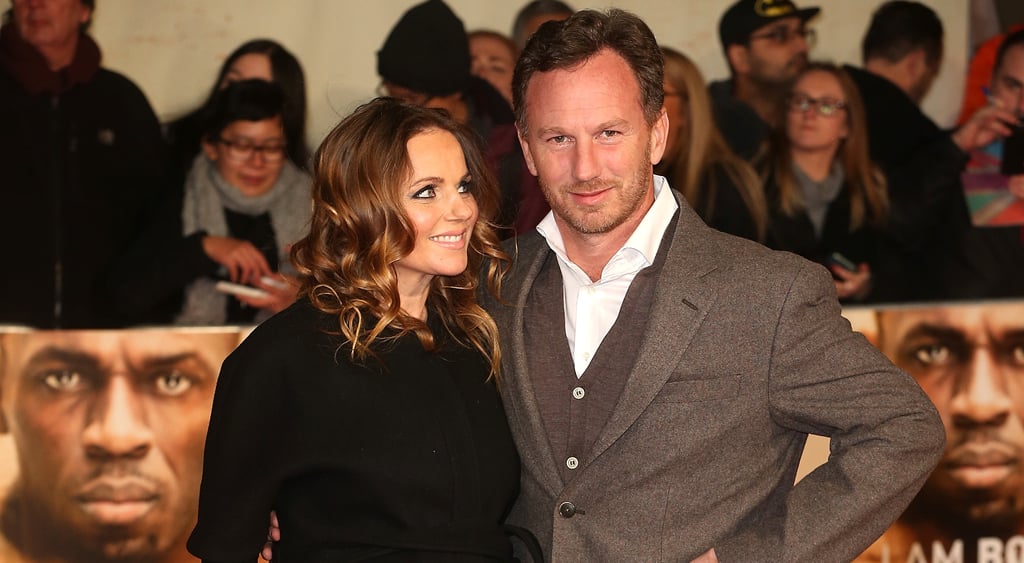 Geri Halliwell is officially a mum of two. The former Spice Girls singer announced the birth of her first child with husband Christian Horner on Twitter on Saturday, writing, "Christian and I are delighted to announce our baby boy was born this morning weighing 7lbs 8oz 👶🏼👍🏻." Along with her tweet, Geri also shared a tender moment between her and her newborn son on Instagram and captioned it, "Montague George Hector Horner arrived this morning, a beautiful little brother for Bluebell and Olivia #amazing-day #grateful #monty 👶🏼" Geri first announced her pregnancy news back in October, and the last time she hit a red carpet was at the I Am Bolt premiere in London a month later. Geri and Christian are also parents to daughters Bluebell Madonna Halliwell and Olivia Horner, whom they have from previous relationships. Congrats to the couple on their growing family!