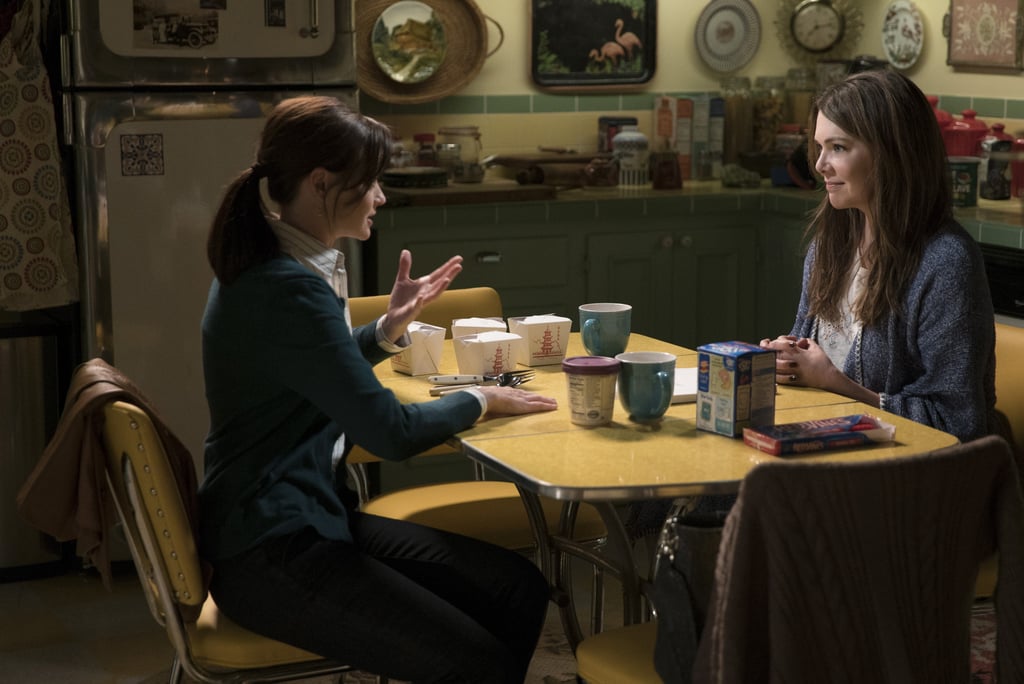 We are getting closer and closer to the Netflix debut of the reboot Gilmore Girls: A Year in the Life (it's all dropping on Nov. 25!), and even though that new teaser gave us footage, actual footage, of the Gilmores in action, we still want to know exactly what we'll see. We've been following all the details about the reboot since it was announced, but what about actual plot points and stuff on the show? Specific details have been scarce, but the cast and creators did reveal a few things at the Netflix TCA. Here are some of the major events we will see when the show comes to Netflix this Spring.

TV
The Mandalorian: Baby Yoda's Real Name and Backstory Are Finally Revealed in Key Episode
by Brea Cubit 2 days ago