It's all hopes and dreams talk on this week's Glee—and in most cases, dashed hopes and dreams. Neil Patrick Harris makes his guest appearance as Mr. Schue's high school rival, but he's not the only guest—Joss Whedon directed the episode (read what he said about taking the reins on the show!). 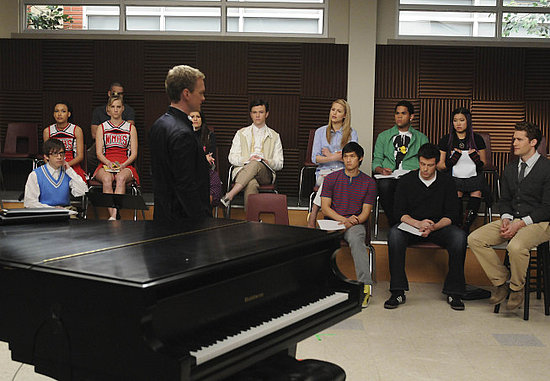 I can't wait to talk about Artie, NPH and screechy Aerosmith covers, so to get to it just keep reading.

So, bets for how long it'll take Rachel to find Shelby? And does this mean we'll be seeing much, much more of Menzel (bring it on)? Chat with me about your favourite moments below!