What did you miss on Glee this week? Just Miss Britney Spears, whose presence infuses one of the most anticipated episodes of the season, even considering this is only the second episode of the new season. Her appearance also coincides with John Stamos', whose role as Emma's new boyfriend, Carl, actually incurs Britney's presence, as every time his dentist character puts another gleek under anesthesia, it arouses a vivid Britney Spears fantasy. 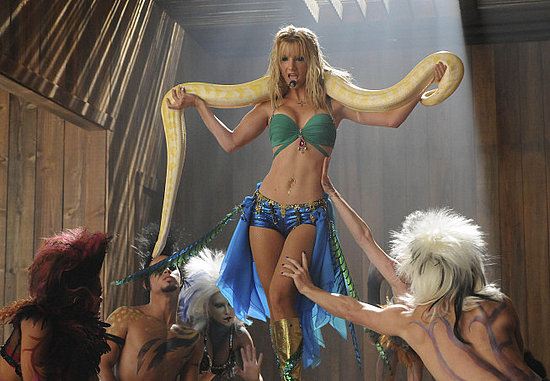 So how did it all turn out? I'll hit you with it when you read more.

So was the Britney Spears episode satisfying or disappointing? I loved it in general, but had been hoping for more actual face time from Brittany and Britney. And I wish the Britney songs hadn't all been dream sequences—at times it felt like a copout. I can't wait to hear your thoughts in the comments!