Let's call this a nice surprise; I was sure that this week's Glee would be a letdown since I enjoyed last week's Gwyneth Paltrow-centric episode so much. I was proven wrong, because "Furt" is a worthy follow-up. 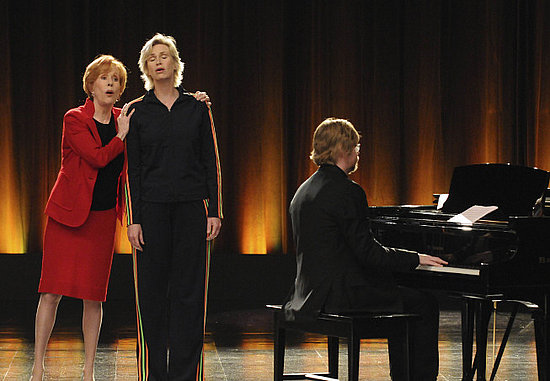 Featuring a guest spot from Carol Burnett, and not one, but two weddings, it's an emotional roller coaster as the happiness of marriage is contrasted with the devastation of bullying. There are big changes in store for some of the characters, so to talk about what all went down, just keep reading.

Were you as moved as I was by this week's episode? Are you disappointed or excited that Kurt is going to be matriculating at Dalton for a while? It definitely means we can expect more of "Teenage Dream" Blaine, so I'm curious to see how it'll all play out. Tell me what you think in comments!