After a month of reruns (and a marathon on Good Friday), Glee finally came back this week, but I have to admit that I was disappointed. The episode is all over the place: the focus is on the maligned glee kids once again, but now they've formed another group that needs aid. Sue is as insidious as ever in her pursuit of destroying Will and the club, and Gwyneth Paltrow shows up to revel in her new relationship with Will. 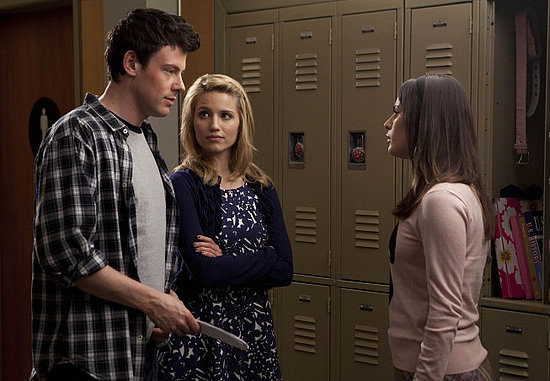 Lots of characters make brief appearances, including Kurt, Blaine, Emma and Terri, but no one is really highlighted here (save for guest star Gwyneth, who seems to have the most screen time). The central plot revolves around a benefit the club is hosting to raise money, punctuated by vague themes of neglect and bullying, but it all adds up to an underwhelming episode.

To deconstruct it with me, just keep reading . . .

Were you into this episode, or let down by it like I was? I'm hoping that next week's 90-minute episode is more cohesive and upbeat. Let me know what you thought in the comments.