She may not play herself, but this week's episode of Glee will be forever known as "The Gwyneth Episode." Paltrow plays Ms. Holliday, a substitute who fills in for Mr. Schue while he's off putting the "bed" in "bed rest" with Terri's help. Back at school, the kids try to fight against Sue's reign while the gleeks flourish under Holly's methods. 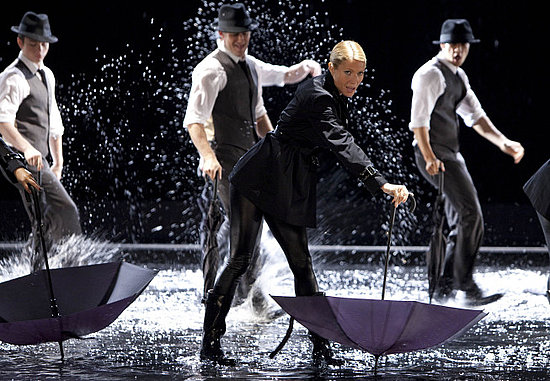 This just might be one of my favourite episodes of the season. I appreciate that they do a few show-stopping musical numbers instead of a ton of lackluster songs, and Holly is a breath of fresh air. I was even happy to welcome Terri back! There's lots to get into, so just keep reading.