We go Gaga on this week's Glee and we already had an indication from the photos of the episode that we were in for an outrageous treat. The theatrical theme guided us through Rachel's reunion with her birth mother, Tina's goth predilection and an altercation between Finn and Kurt. The relationship woes are put on the back burner (at least for the most part) and there's not even a single Sue moment to stand on, but there's still plenty to dish about. 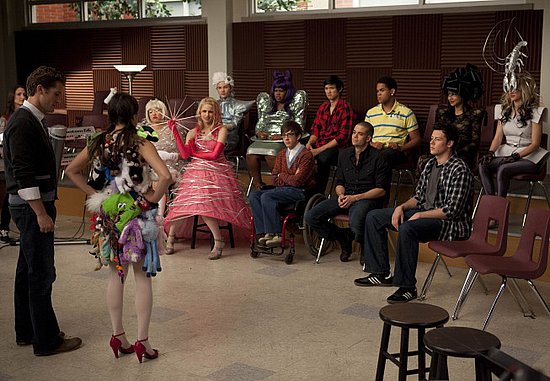 I can't wait to talk about it all (especially the big duet with Rachel and Shelby), so to get to it, just keep reading!

What did you think of this week's episode? Was it as theatrical as the title and its Lady Gage theme implied?