If you don't want to know anything about Glee's second season, then stop reading. But if you're like me and you're dying to hear about the songs, storylines, and special episodes that are in store, then I have heaps to share with you! Amber Riley, Chris Colfer, Jenna Ushkowitz, Kevin McHale, Naya Rivera, Heather Morris and creator Ryan Murphy appeared at Comic-Con with plenty of insider know-how on what's to come next season. Check it out! 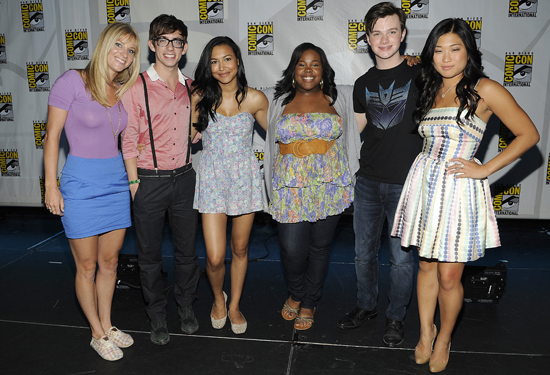 For a closer look at season two, just keep reading.