I have a renewed appreciation for Bruce Willis after he rocked my socks off in Looper, and he's back in his element yet again in the role that made him an action star: John McClane. In the trailer for A Good Day to Die Hard, the fifth film in the Die Hard franchise, McClane has to regulate on some bad guys in Moscow, and he's got his grown son, Jack (Aussie actor Jai Courtney), along for the ride. Don't look for the story in this trailer — it's just a brief teaser full of traditional action-flick elements like explosions, punch-outs and female eye candy, but I would be lying if I said it isn't a good time. 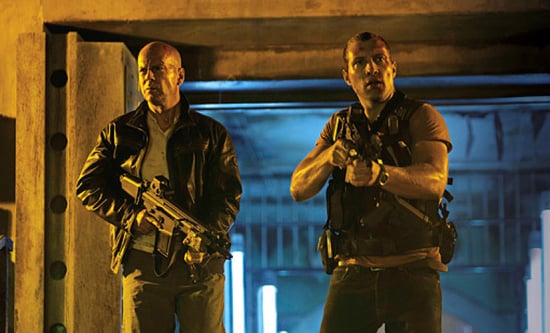 In a world full of so many sequels, I can't complain about getting another Die Hard movie. It looks like pure popcorn-movie fun, and when McClane compares himself to James Bond in the preview, I realised that he kind of is the American Bond. A Good Day to Die Hard comes out in Australia on March 21 and you can get your first glimpse of the film after the jump.