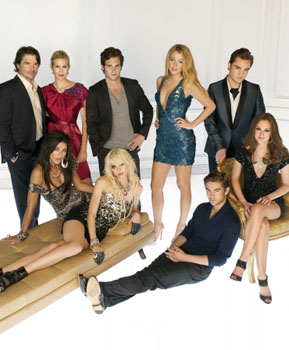 I'm just gonna come out and say it: I think Gossip Girl has been missing the mark so far in season three. A lot of shows struggle with the post-high-school transition and GG is having trouble placing many of its characters in a Uni environment (hello, Blair Waldorf).