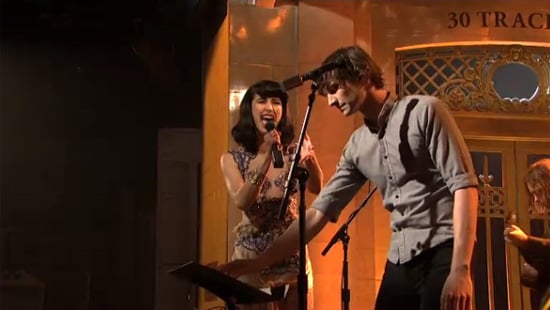 No one sings Gotye’s “Somebody That I Used to Know” quite like the man himself. The Australian artist, whose real name is Wally De Backer, was the musical guest on Saturday Night Live this past weekend, and he was joined by New Zealander Kimbra to belt out his ubiquitous song. “Somebody That I Used to Know” has gotten so much exposure over the past few weeks, thanks in part to its inclusion in a recent Glee episode, but it’s been a while since we’ve seen Gotye perform it. He also participated in a funny SNL digital short with Andy Samberg and Taran Killam during the Josh Brolin-hosted episode. You can watch Gotye’s performance with Kimbra after the jump.

Music
J Lo Teased Her 2-Song Collab With Maluma, and Their Sexiness Combined Is Beyond Words
by Mekishana Pierre 1 week ago
Latest Celebrity
×