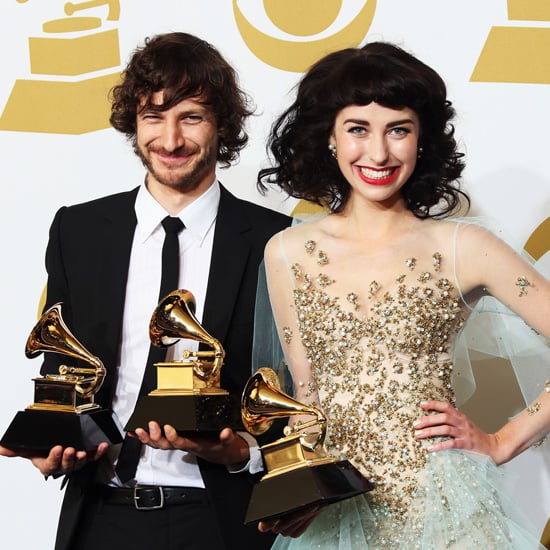 Gotye has won all three Grammy Award categories he was nominated in! Earlier in the day, during the Grammy’s pre-show telecast, his album Making Mirrors won best alternative music album and his song "Somebody That I Used to Know," featuring Kimbra, took the award for best pop performance by a duo or group. And then, just moments ago, the Australian singer received the record of the year honour for the same song, beating "Lonely Boy" by The Black Keys, "Stronger" by Kelly Clarkson, "We Are Young" by fun., "Thinkin Bout You" by Frank Ocean, and "We Are Never Ever Getting Back Together" by Taylor Swift.

The award was presented by the one and only Prince, who said just before announcing the winner, "I love this song." Kimbra was beside herself as they accepted their award as earlier in the day she had tweeted, "Prince will be at @TheGRAMMYs presenting an award tonight. Breathe, breathe," and she thanked him briefly in her speech.

The honours mean Gotye (real name Wally De Backer) is the first Australian artist in history to win multiple Grammys on one night. Congratulations to Gotye and Kimbra!